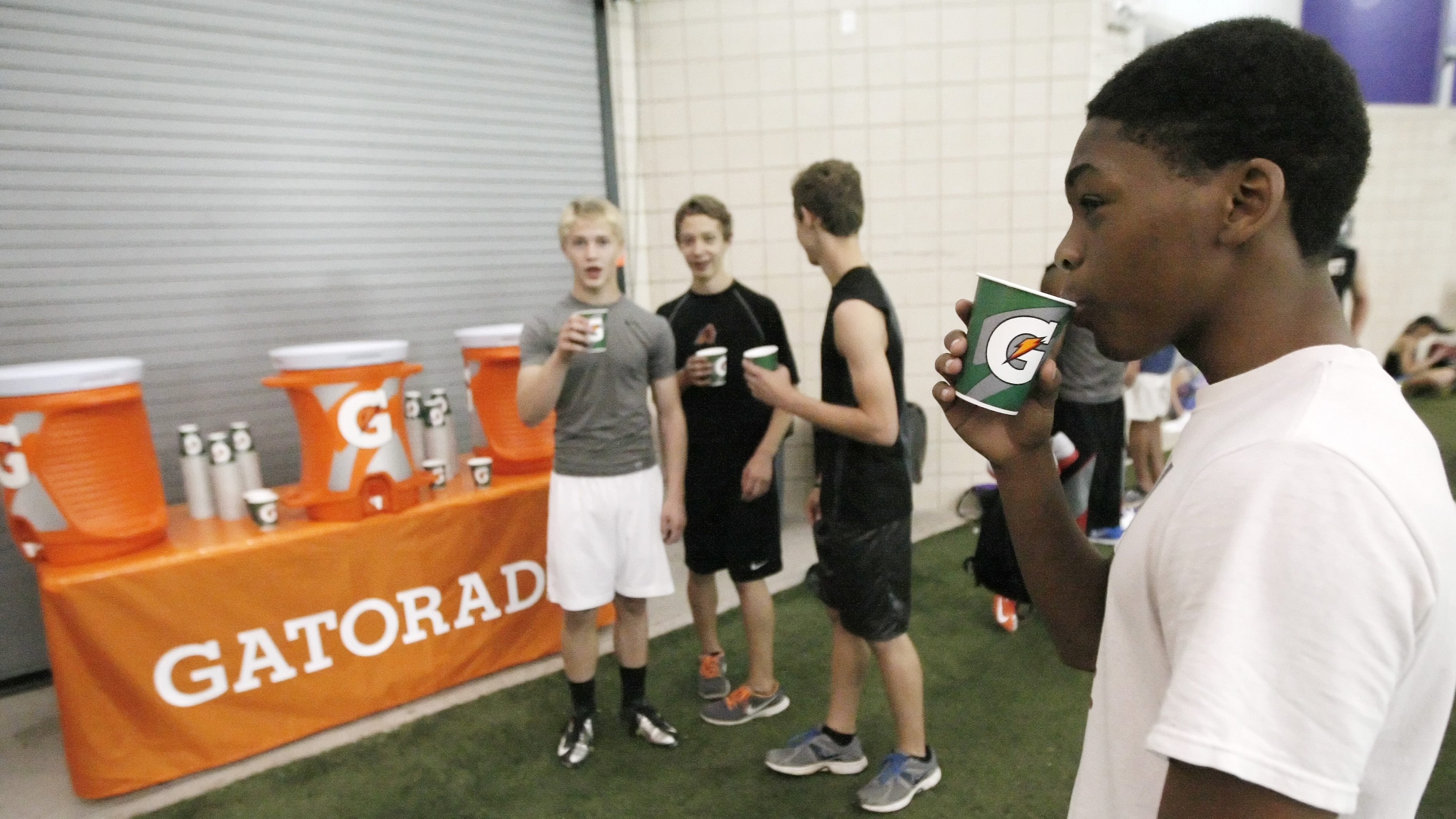 As football season approaches many high school players are preparing themselves for the gridiron. Student athletes are getting ready to start two-a-days by running and lifting weights. Kids are getting in to see their doctors and getting physicals per the UIL and NCAA rules. However, many now days are just crawling out of the cave or what is actually their bedroom where they have spent most of their summer drinking sodas, eating junk and building up finger muscles from playing video games. And all this while wearing headphones cussing out guys as old as 30 yr olds that still live in their parents’ basement.

The problem is we expect them to jump up and put on heavy gear and go running out on a football field in 105 degree weather and compete.  Compete with guys that eat and sleep the game.  Compete with multiple sport athletes that play baseball, run track and play pick up basketball or actually play with their high school. I am not saying they shouldn’t play.  Im saying they shouldn’t play like that.

It is up to us as parents to make better decisions on their extracurricular activities in summer.  It is up to the parent to not coddle these kids and not allow them to binge on junk food and sugar loaded drinks if they are planning to take that field in August.  Limit that time or risk that chance where your kid may not be acclimated in life threatening temperatures.  Everyone loves to point to the coaches failure of hydrating the kids during practice properly but many never talk about how the parents should have seen to it that their kids drank more than Coke or Pepsi and ate more than popcorn all week.

Every year the volume of injuries on the football field goes up. The number of deaths that could have been avoided does too. The temperatures are the same as when we were kids.  Technology and rules are better.  More questions are raised with often more rules being established. The ignorance is mind boggling.  Just look at the kids with lack of time out in the summer weather.

Ultimately, it is up to you as a parent to see to it that your kid is prepared for that first day.  When you boil that new mouth piece for him for football season and its the first time he has tasted water for the whole summer, just know that all the equipment in the world can’t protect him from dehydration.

Coach James Bills, President of Texas Pitching Coaches Association, is a former high school and college coach.  Coach Bills has been a professional scout for 8 years as well as has trained 100’s of college and professional athletes.  He is also the owner of The University of Baseball located in Leander Texas and a managing partner with Silverstone Sports Management out of LA.     Podcast: In Your Face Sports