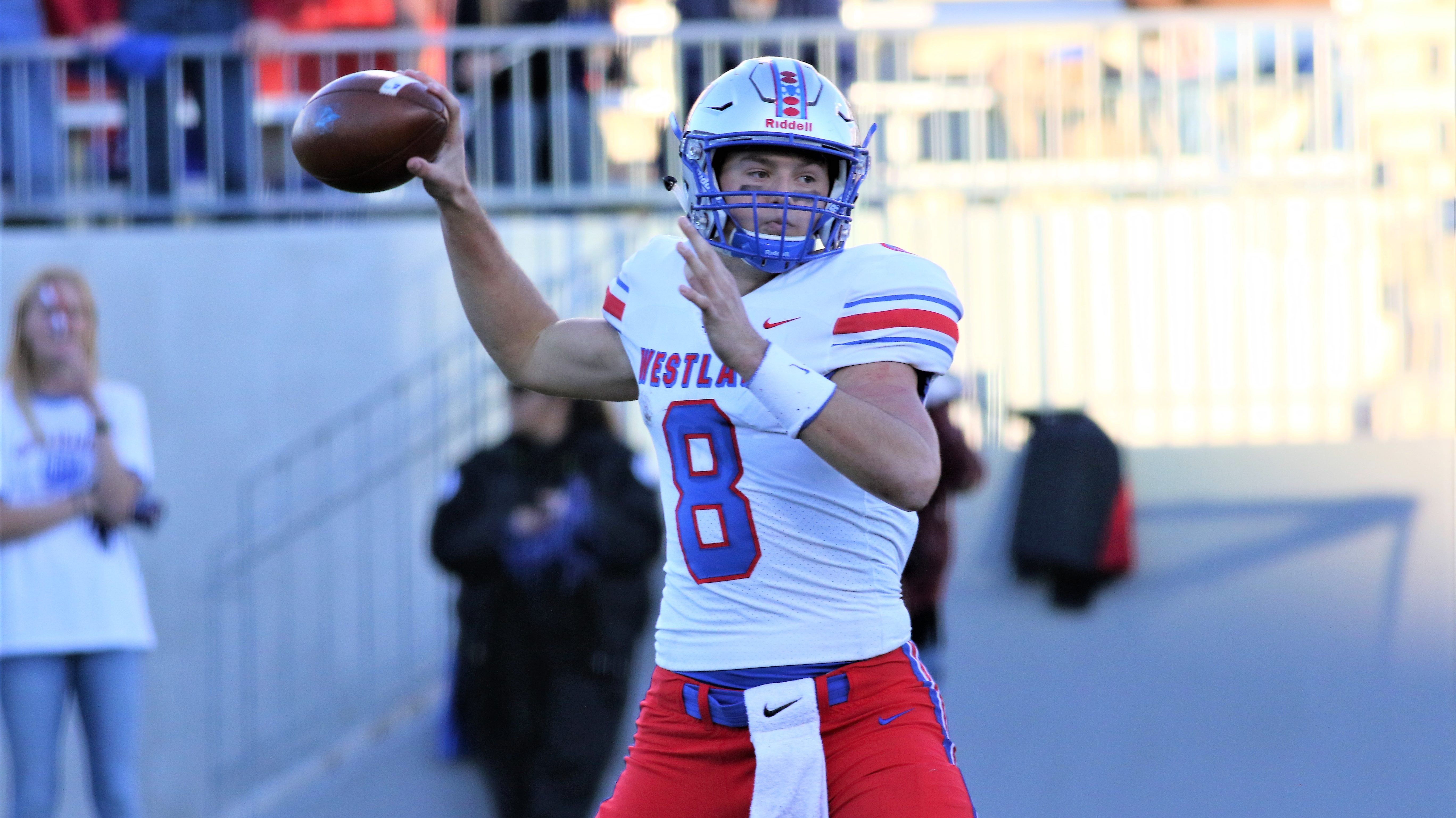 “This year, something special is going to happen.”

Kirkland Michaux is staring at the throne, the starting quarterback position for Westlake High School’s varsity football team. It’s his senior year, and although college seems like a lifetime away, time is creeping on in. Football season is here. And if the end of last season proved anything at all, it showed how Michaux was ready when the grill got hot. Let’s go back to the fourth round of last year’s state championship quarterfinals against Vela, and Westlake senior starting quarterback Taylor Anderson gets hurt pretty bad in the fourth quarter. Michaux, then a junior and the team’s backup quarterback, took to the opportunity in the same way a relief pitcher in baseball might come in late to finish out a game for a struggling or tired starting pitcher. Michaux entered that particular game once Anderson labored off the field, and then lead the Chaps to a 28-0 victory. “Taylor and I were super-close, and we always prepared together,” Michaux said, who added that being a pitcher for Westlake’s baseball teams helps him get into games so efficiently and “get going where we left off. But, honestly, I love the pressure. If you want to be a starting quarterback in 6A football, you better love pressure.”

He went to lead the Chaparrals two more games into the state championship quarterfinals, before losing to West Brook 35-30 in mid-December and falling out of the tournament. Westlake’s final record was 13-2 (8-0 in 25-6A). “The biggest thing I learned was to be patient. That’s probably the biggest thing that helped me along the way, to be patient and trust my line, and be able to put the ball to people.”

The ability to meet the pressure head-on may certainly be a theme in the young man’s football career thus far. In week three of the 2016 season, Westlake head coach Todd Dodge first brought up the young freshman Michaux from JV to be the varsity’s backup quarterback and he got some playing time. “That helped me so much, because I got to run the offense at such a young age. I think it really helped my development.” His sophomore year, he played quarterback in eight games for Westlake, some of which were starts, but Anderson ultimately had the starting position. That is, until Anderson got hurt late last December. So “I had to step it up. And those were the two most-fun games I’ve ever played in,” Michaux said. “I threw a touchdown, and that gave me some confidence going into the quarterfinals. We just got outplayed in the semifinals.”

His next chapter is still a question for Michaux, now a senior with a 3.6 GPA. He wants to play either baseball or football in college, perhaps even both, and he’s been in talks with Rice, Colorado State and few other schools. But right now he’s undecided on where to attend college. And yet the starting quarterback position is still up for grabs. Westlake head coach Todd Dodge said he will play various players at quarterback the first few weeks of the season to see who fits.

Michaux will surely be working hard to earn the position. Coach Dodge said he feels confident in any player who takes on that role and can lead the team offensively. Yet all that matters to Michaux right now is Westlake getting ready for a strong season where the goal is always the same, coming from such an esteemed program. “Our goal is always to win States. That’s what it’s been for a long time. And the goal doesn’t change,” Michaux said. “We have some guys coming in who don’t have a ton of varsity experience, but they’re learning really well. And we’ve all been playing together since Pop Warner, and I just feel like, this year, something special is going to happen.”