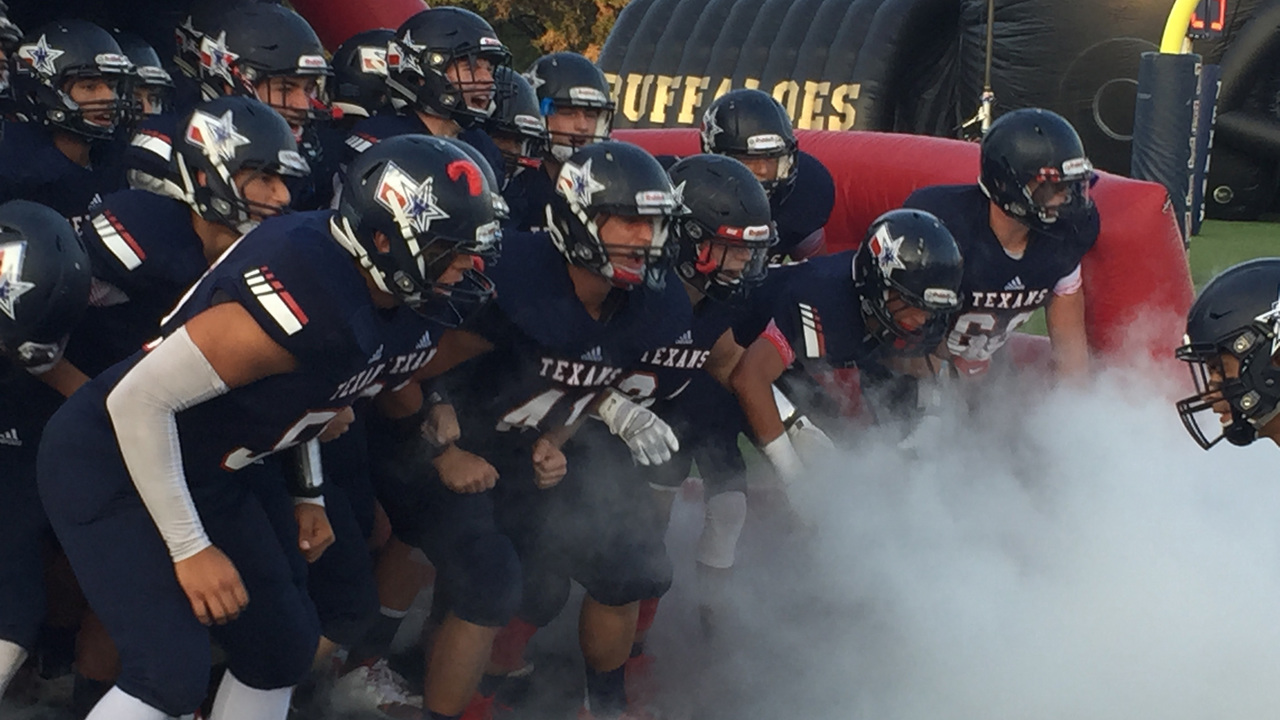 Wimberley levels up to Area Round with coach Warren.

Wimberley levels up to Area Round with coach Warren.

In the 2018 season Wimberley staggered to a 4-7 record. As a respectful winning team the previous two seasons they have come back to winning football this year and have made the playoffs. It didn’t sit too lightly on the players heading into the summer workouts.

“I think that the kids took it to heart, realized it was not satisfactory. They used it as fuel let that drive them. Turn it into a great summer and fall camp,” replied Coach Warren. The fuel turned this season into a successful 4A district 8-3 record. A wake-up call that helped them prepare for the playoffs. It sparked a new drive within them. As the season continued throughout the weeks Coach Warren noticed something within his team which is needed for the postseason.

“Spirits are great, they like being around each other, enjoying it.” Team chemistry is essential for a successful season and beyond. As they got back to winning football it certainly helped that their confidence was high. They will need it for Raymondville who will be there first test in the playoffs.

A formidable opponent who has Coach Warren’s respect. “They’re explosive; their two running backs get tons of yards. Twelve yards per carry, you’re doing something right when you’re doing that, very impressive. They are physical and not afraid to complete plays.”

Raymondville will provide the ultimate test for Wimberley. Spirits will need to stay up. With two players running the ball gaining a first down on every play, Wimberley will need to bring a complete team effort to come out on top. They’ve done it all year so why wouldn’t they keep the trend going. Central Texas has made noise in the postseason and Wimberley wants to be heard.