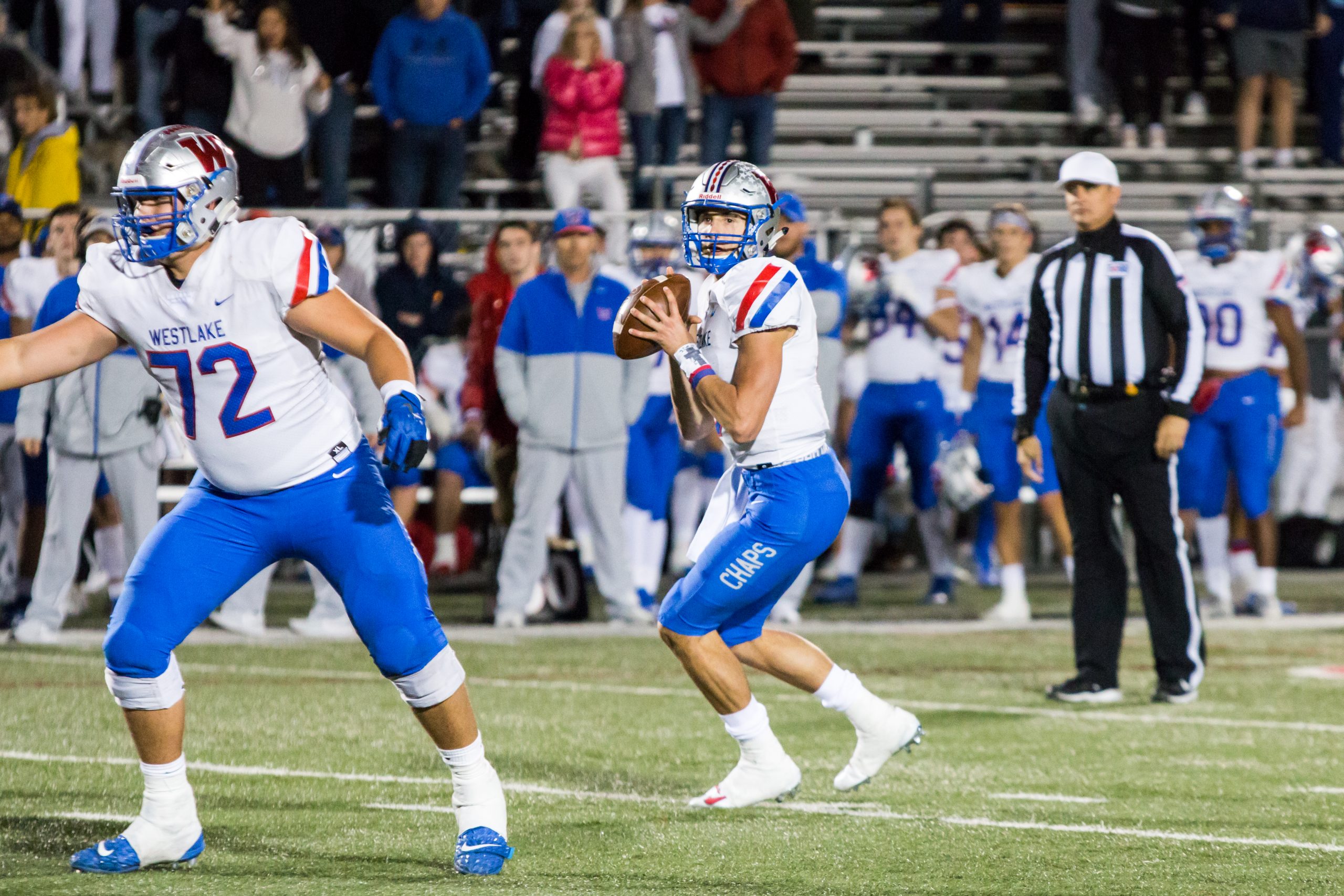 Westlake prepares for area round against Brennan Bears

Westlake prepares for area round against Brennan Bears

The Westlake Chaps have been dominant in regular season play and look to continue their streak in the second round of the playoffs. A team that is used to winning expects to win. They handled the Cibolo Steele Knights convincingly 30-7 in the first round with ease.

Up next are the Brennan Bears at Texas State stadium over in San Marcos, last year they cruised to a 49-7 win, but Coach Dodge doesn’t want to look past them as they travel down IH-35.  “We’re very excited to play at Texas State stadium we haven’t played there. Brennan is a very good team, we played them last year, but it didn’t show how well of a team they were, we jumped on them early.”

Coach wanted to make sure the Chaps doesn’t overlook their opponent. With just one loss this entire season he understands not to look at their next challenge. Every game is important. This week Coach Dodge wanted his team to take in this is a whole new year.   “They (team) understand that Brennan is 9-2, they’re good and a very athletic team.” A one game at a time approach.  A great team is disciplined and continues to get better.

Coach Dodge has one phrase of how his guys will respond when he needs them to make plays. “Next one in line.” Dodge believes in his players, no matter the conditions. He’s led them to a near perfect season. Westlake’s lone loss came against Lake Travis as they lost by one. Close games will not be an issue for his team.

As the next playoff stage of teams get ready to play it will all come down to coaching. Coach Dodge has earned himself as Central Texas’s top tier coaches.As the playoffs filter out the elite teams closing out their games let’s hope Westlake will stand victorious in San Marcos.

Wimberley levels up to Area Round with coach Warren.
Lake Travis face S.A. Madison in Area Round