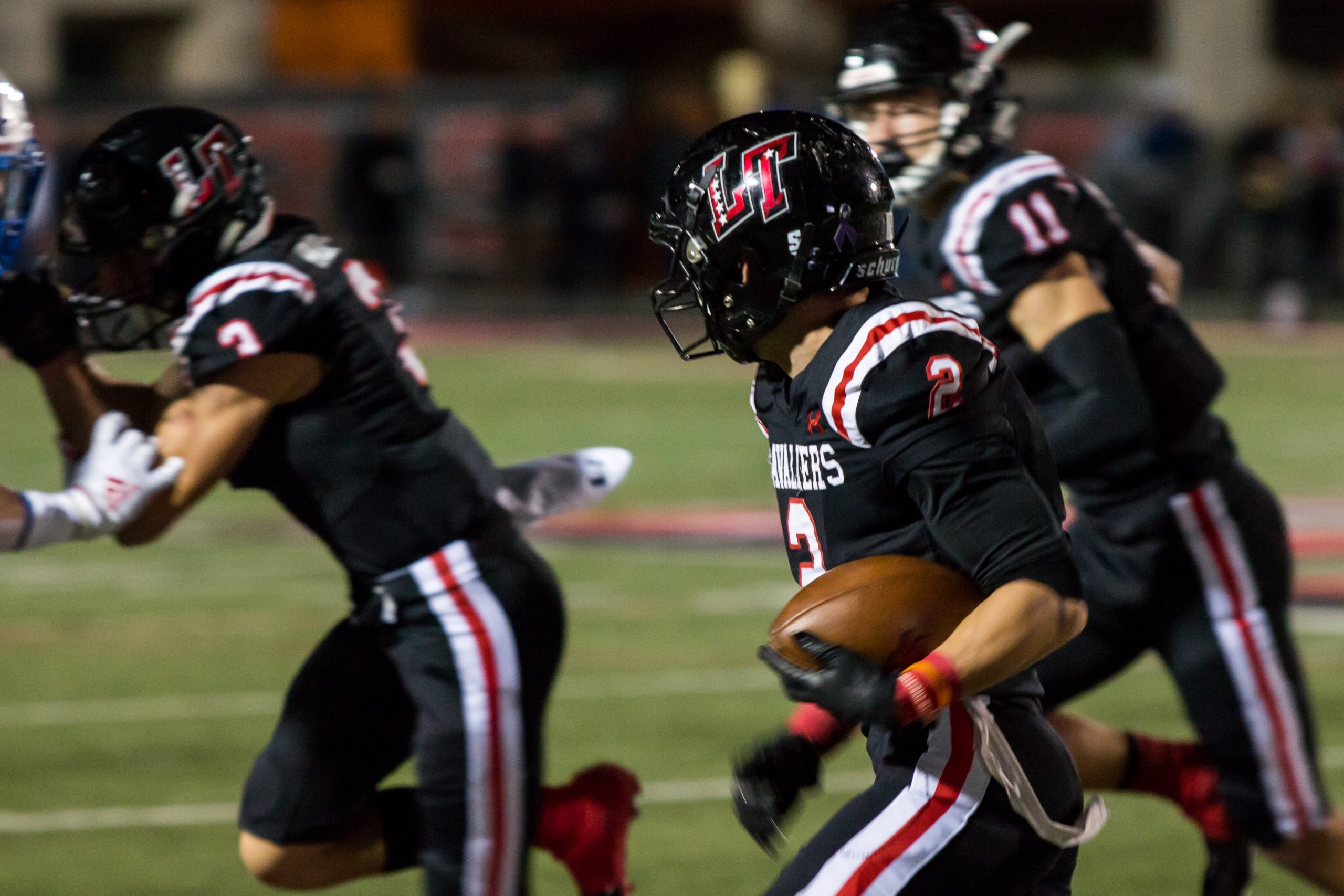 AUSTIN — It’s common knowledge that Lake Travis spent the latter portion of the season trying to work through an injury to starting quarterback Hudson Card.

Thankfully for the Cavaliers, senior middle linebacker Maui Trevino is still there to command the other side of the ball.

Head coach Hank Carter’s team kicked off the 2019 postseason by stifling Smithson Valley 21-3 at home on Friday, Nov. 15 in Austin. In that game, Lake Travis surrendered an early field goal to the Rangers but absolutely clamped down on the visitors for the remaining three quarters.

Trevino was in the middle of the action all night and helped slow Smithson Valley’s not-so-secret weapon — senior running back/wide receiver Greg Eggleston, who came into the contest averaging 11.7 yards per touch.

The Cavs limited the Rangers’ X-factor to just 15 yards on 12 carries, while Trevino piled on 10 total tackles to bring his team-leading season total to 91 prior to Lake Travis’ second-round matchup with San Antonio Madison.

“Maui is the leader of our defense,” Carter said.  “He’s a three-year starter and embodies everything you want from  a middle linebacker. He’s smart, tough, instinctive and is a great tackler. I’m proud of the player that he’s become and he’s a huge part of our success this season.”

Of course, there were still plenty of eyes fixed on Lake Travis junior Nate Yarnell, who took over for Card during the week leading up to the Del Valle game. Yarnell went 3-0 in the last three weeks of District 25-6A competition, but it was unknown if the playoffs would prove to be a stumbling block.

However, the 6-foot-6 junior stood tall when it counted and helped turn the tide with a pair of touchdown drives in the second quarter. The first was capped by a 34-yard strike to Grayson Sandlin, while the second was an 81-yard march that saw Yarnell cover the final few feet on a 1-yard run.

“Nate did a lot of good things,” Carter said. “He made some big throws and runs when we needed them. He’ll continue to improve as he gets more games under his belt.”

The offense was also given a boost by running back Weston Stephens, who churned out 160 yards on 27 carries to help the Cavs keep the chains moving.

All of those players will be instrumental as the postseason rolls on.

Lake Travis faces a matchup with Madison in the second round and will look to slow the Mavericks’ one-two punch of quarterback Michael Garza (1,801 total yards, 23 TDs) and running back Darien Gill (1,131 yards, 10 TDs).

There’s also hope that Card could return at some point down the line if the Cavs can keep on advancing. His prognosis, which initially stated that his injury required season-ending surgery, was changed to a four- to six-week timetable days after the Westlake game. It’s not known if Card will be healthy enough to get back on the field before he makes the move to the University of Texas, but even if he’s unable to return in 2019, Trevino and the defense will be ready for whatever comes their way.