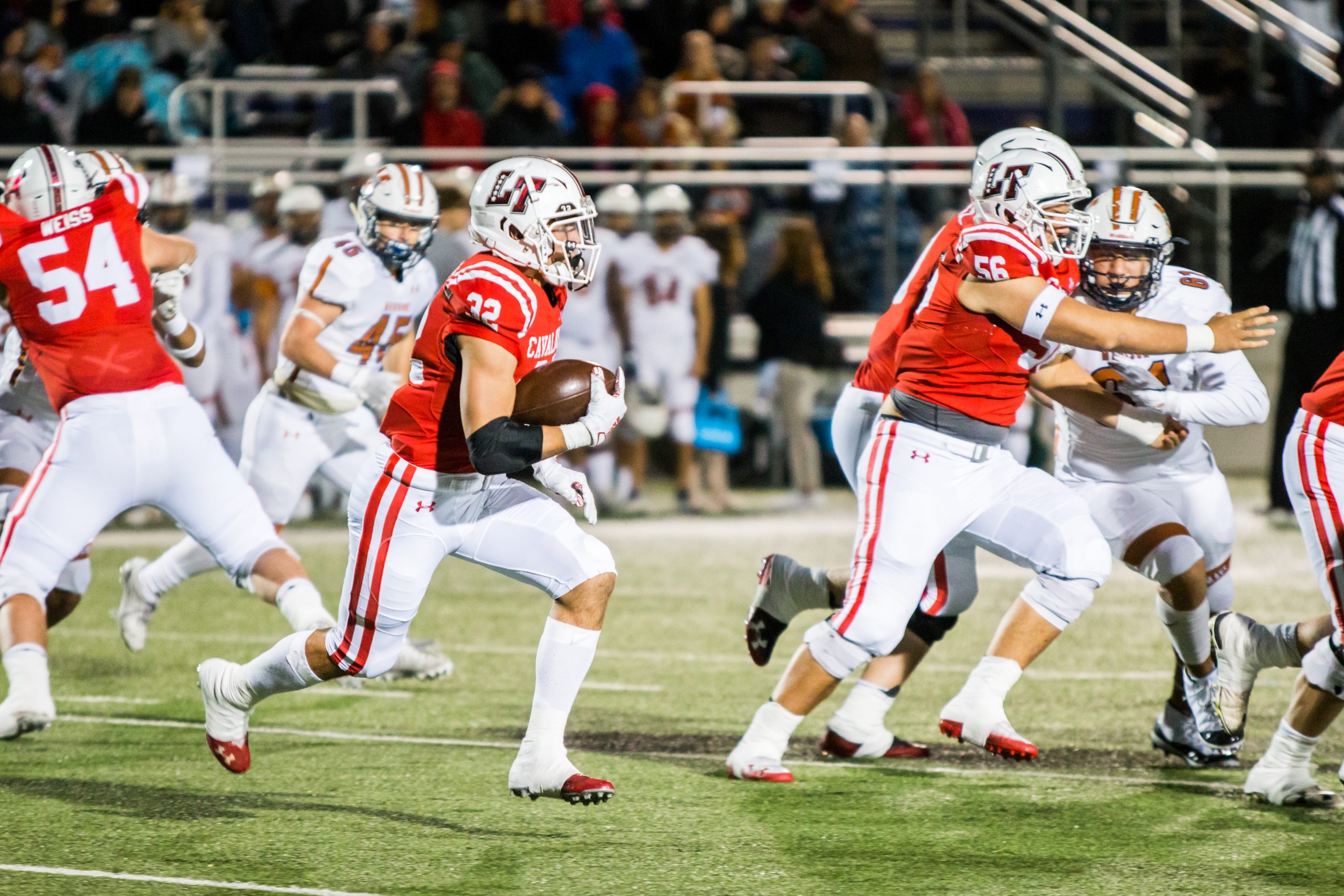 Lake Travis has been San Antonio Madison’s bugaboo for some time now. That proved to be the case again on Friday when the Cavaliers knocked the Mavericks out of the playoff for the fourth straight year with a 49-21 victory at Rattler Stadium in San Marcos, TX.

With star quarterback Hudson Card still on the shelf from the foot injury he suffered against Westlake, Lake Travis leaned on junior running back Weston Stephens, who paced the offense with 20 carries for 165 yards and three touchdowns. It was the fourth time in five games he’s hit the century mark in rushing after doing it zero times before. He also had five catches for 61 yards.

Junior quarterback Nate Yarnell was 19-of-25 for 239 yards with two touchdowns and one interception. With 1:41 left in the half and Lake Travis leading only 14-7, Yarnell engineered a perfect two-minute drill. He completed five-of-six passes to march the Cavaliers 58 yards on nine plays, the last a four-yard touchdown toss to senior Grayson Sandlin (six receptions, 78 yards) with 15 seconds left on the clock.

Lake Travis’s defense had the Mavericks’ attack completely out of sorts until the fourth quarter. Madison scored on only one of its first nine possessions, and that scoring drive was aided by two 15-yard face-mask penalties and culminated with a strange touchdown pass on a broken play.

With the score 35-7 late in the third quarter, senior linebacker Maui Trevino intercepted a pass and returned it to Madison’s 12. Three plays later, Lake Travis gave one of their big guys some love as senior guard Andrew Salem (6-foot-2, 270 pounds) rumbled four yards for touchdown to effectively ice the game.