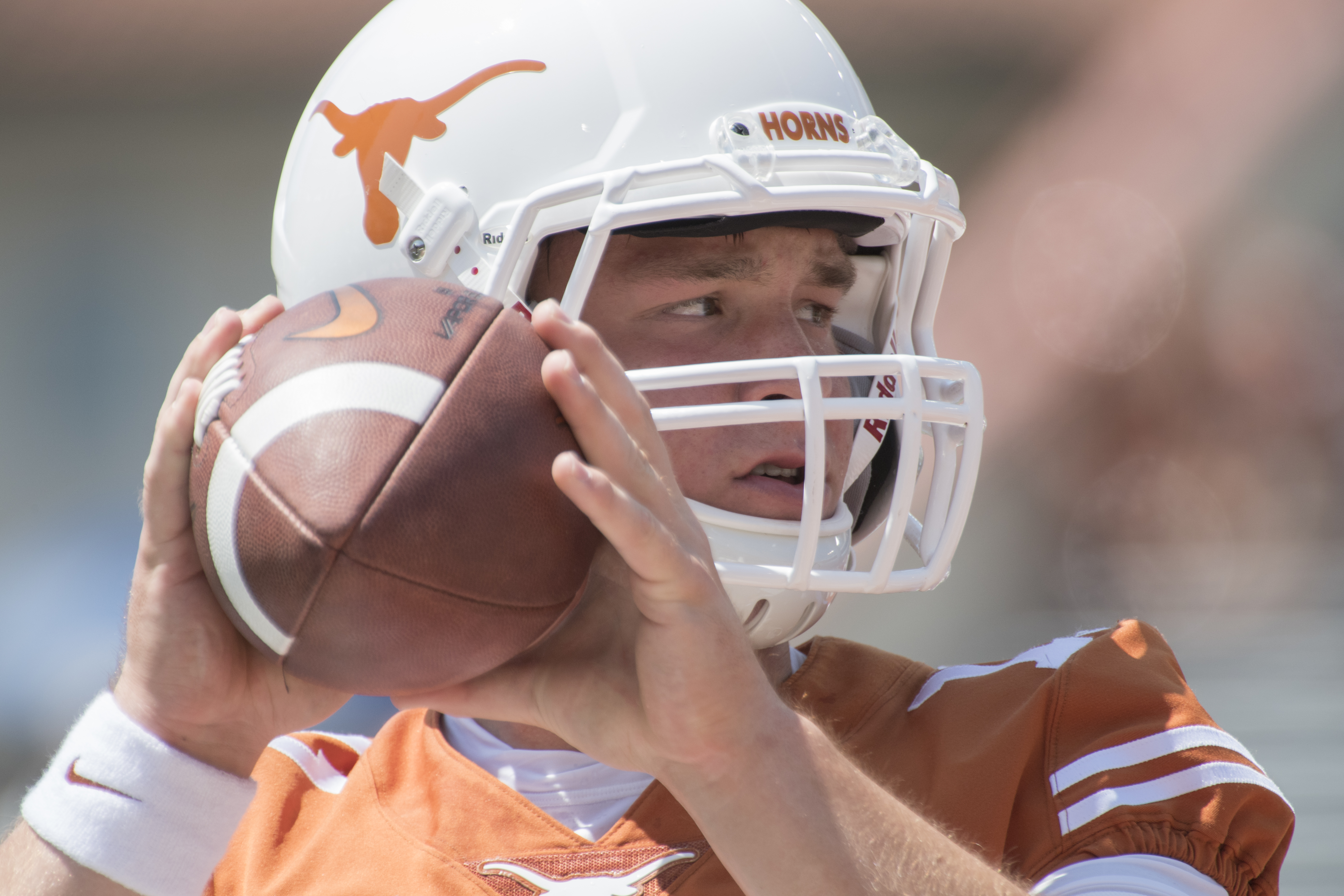 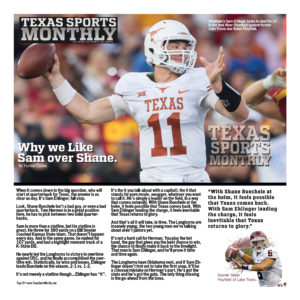 When it comes down to the big question, who will start at quarterback for Texas, the answer is as clear as day. It’s Sam Ehlinger, full stop.

Look, Shane Buechele isn’t a bad guy, or even a bad quarterback. Tom Herman is in a great position here, he has to pick between two solid quarterbacks.

Sam is more than a statline, but his statline is great. He threw for 380 yards on a Bill Snyder coached Kansas State team. That doesn’t happen every day. And in the same game, he rushed for 107 yards, and had a highlight moment truck of a K-State DB.

He nearly led the Longhorns to victory in overtime against USC, and he finally accomplished the overtime win. Statistically, by wins and losses, Ehlinger leads Buechele on the season, 2-1 vs. 1-2.

It’s not merely a statline though…Ehlinger has “it”.

It’s the it you talk about with a capital I, the it that stands for pure moxie, swagger, whatever you want to call it. He’s simply a leader on the field, in a way that comes naturally. With Shane Buechele at the helm, it feels possible that Texas comes back. With Sam Ehlinger leading the charge, it feels inevitable that Texas returns to glory.

And that’s all it will take, is time. The Longhorns are insanely young, the two young men we’re talking about aren’t juniors yet.

It’s not a hard call for Herman. You play the hot hand, the guy that gives you the best chance to win, the chance to finally make it back to the limelight. That man is Sam Ehlinger, and he’ll prove it time and time again.

The Longhorns have Oklahoma next, and if Sam Ehlinger doesn’t trot out to take the first snap, it’ll be a colossal mistake on Herman’s part. He’s got the stats and he’s got the guts. The only thing missing is the go-ahead from the boss.

What did the USC game teach us about Tom Herman’s Young team?
Sports Betting Now Legal for States