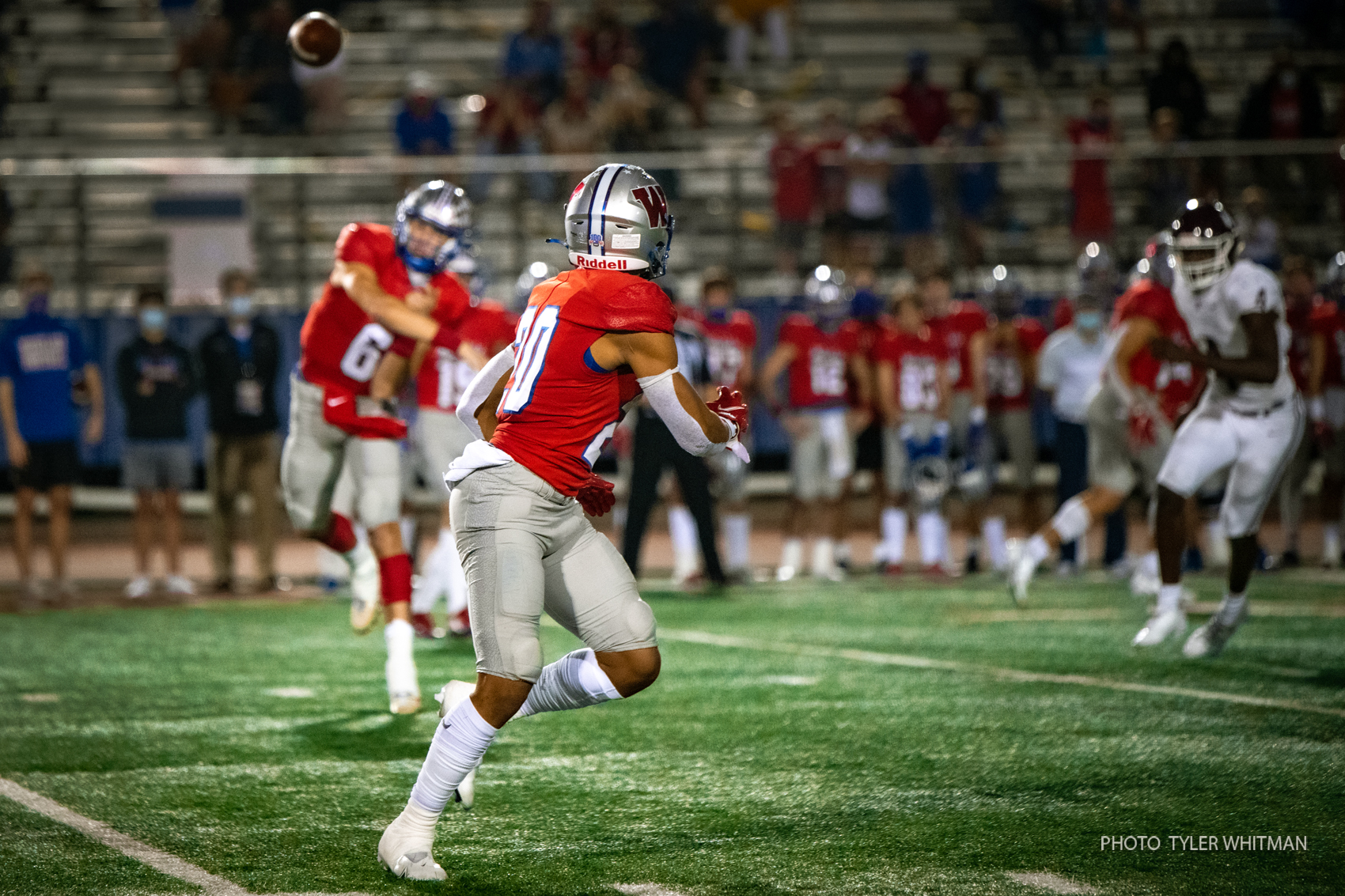 Set to kick off an old rivalry rekindled between the 4-2 Austin Maroons and the 7-0 Westlake Chaparrals. UT commit quarterback Charles Wright lead the dangerous spread offense of Austin High. On the flip side you had a balanced attack from junior quarterback Cade Klubnik, senior running back Zane Minors and explosive sophomore receiver Jadden Greathouse.

Westlake received to start and blew the game open on the first play when Klubnik threw a quick screen pass to Zane Minors who exploded down the sideline for a gain of 28-yards. Westlake marched steadily downfield, capping off the drive with a 5-yard touchdown run by Zane Minors.   Austin High quickly surged downfield in their hurry-up offense with 8-yard strikes to Nick Anderson and receiving back Josh Garcia.

Westlake put a stop to the drive forcing a punt from makeshift punter Charels Wright. Westlake asserted their dominance with Jaden Greathouse rumbling downfield and breaking tackles for 28-yards. Nicholas Watanabe moved the Chaps into the red zone with a gain of 21 setting up Zane Minors for another touchdown run: this one for 4-yards.   Now 14-0 the game quickly turned into a one sided affair with the Maroons picking up a few first downs but always being forced to punt. Cade Klubnik scored on a read option for a 3-yard TD run. Zane Minors padded the stats with his third touchdown rush for 9-yards.

Klubnik showcased his arm with a 29-yard laser down the seam to Luke Nicklos for another touchdown. Klubnik scored another rushing touchdown from 1-yard out, at this point the second team replaced the starters.   Though losing 62-0 Austin High still has playoff chances. The offense showed moments of promise, consistently moving the ball, though they failed to convert, you know this will be a major talking point of the Austin High coaching staff. Another bright spot was senior receiver Nick Anderson who has been a stud hauling in the majority of touchdown passes and yards throughout the season. Austin High has a must win game against Del Valle next week.

Another solid game by Westlake though they knew it was not going to be much competition. Regardless a win is a win in the books as the Chaps look to have an undefeated season though that will not be easy as they match up against Lake Travis next week. Lake Travis had to cancel this week’s game against Akins due to a member of the coaching staff testing positive for coronavirus. Announcements will be made soon if there is any delay in the game against Westlake next week.