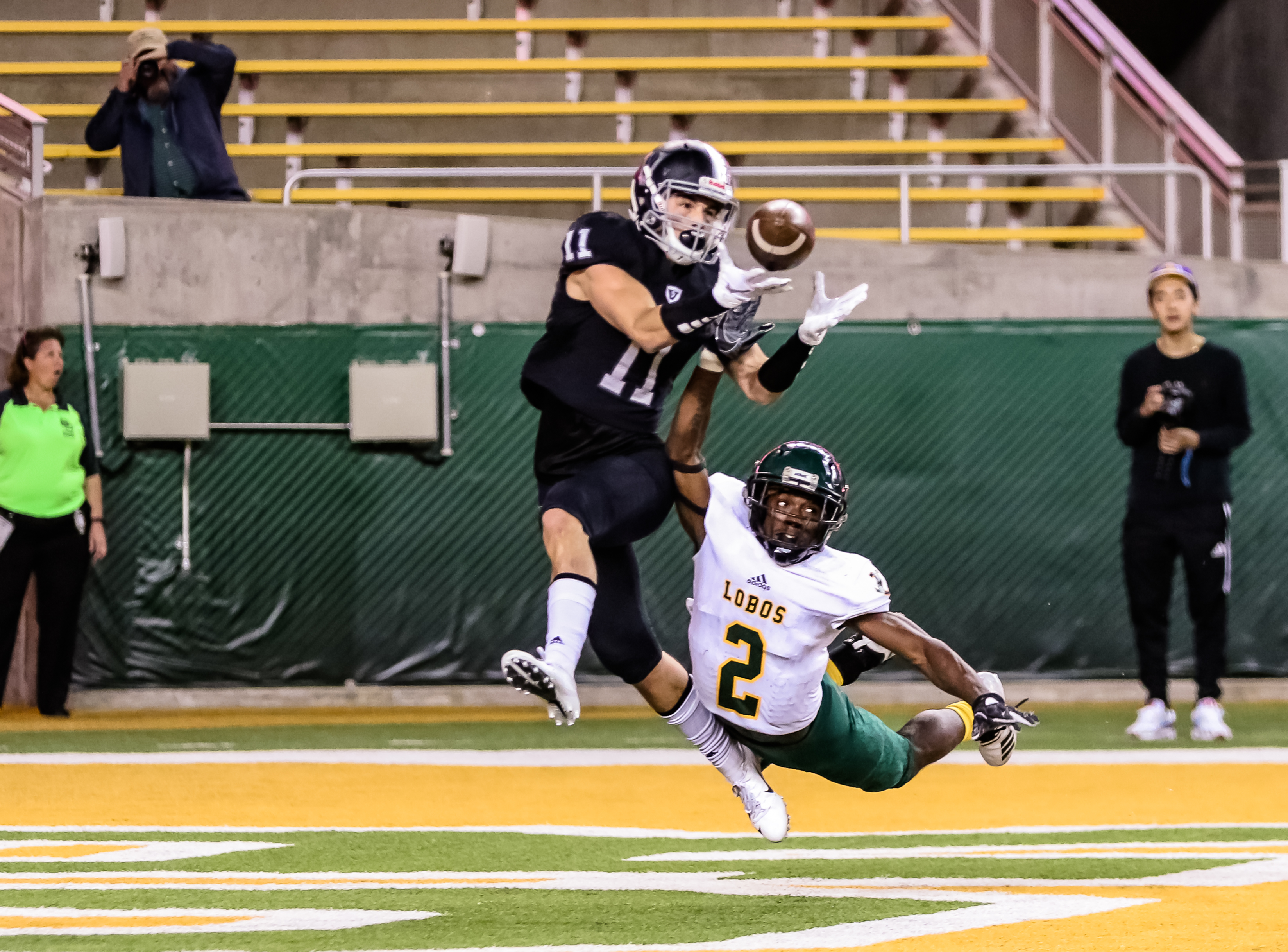 Vandegrift (12-1) completed its first perfect season with a team that wasn’t super athletic, but as smart, tough and well-coached as they come. In the playoffs, however, being exceptionally smart, tough and well-coached only gets you so far. Against a Longview (13-0) team that blended next-level talent with a tailor-made system, Vandegrift came up short in a 56-28 defeat Friday in the Class 6A Div. II Regional Semifinals at McLane Stadium in Waco.

“They just big-played us,” said Vandegrfit coach Drew Sanders. “We planned all week to try and not allow that to happen and so I guess they were just a little bit faster than I expected, probably. But they executed well. Hats off to them.”

Vandegrift hung tough for two and a half quarters. It scored touchdowns on each of its first three possessions to take a 21-14 lead. Senior running back Isaiah Smallwood took a direct snap for a seven-yard touchdown to cap a 10-play, 74-yards drive on the Vipers’ opening possession. After Longview muffed the ensuing kickoff, which was recovered by a hustling Jonathan Scott, senior quarterback Dru Dawson scrambled and wildly tossed a pass that fell into the hands of senior Ryan Merrifield for a 25-yard score.

Longview tied the game with a quick drive that lasted only six plays and less than two minutes. But Vandegrift struck back with a 10-play, 90-yard drive where a 36-yard bomb from Dawson to senior Reese Watson set up a six-yard touchdown run by Smallwood. From that point forward, however, Longview outscored the Vipers 42-7.

“Offensively, we kept pace with them for a little bit but just couldn’t keep that pace,” Sanders said. “That’s not how we’re built.”

The Lobos gained 517 yards on 58 plays for 8.9 yards per play and made Vandegrift’s defense, which allowed less than 14 points per game going into the contest, look one step too slow. It didn’t help that senior linebacker Spencer Jones, the Vipers’ leading tackler, didn’t play after suffering an injury last week and that senior cornerback Timmy Hanna was lost for the game in the second quarter.

But Vandegrift would’ve had trouble containing Longview regardless. Junior quarterback Haynes King completed 13-of-16 passes for 242 yards and three touchdowns with no interceptions while adding 78 yards on the ground. Senior running back Keilyn Williams carried 17 times for 118 yards and score and tallied two receptions for 28 yards and score. Senior running back Jessie Anderson bulldozed his way for 54 yards and two touchdowns on 10 totes, and senior wide receiver Kamden Perry caused all sorts of problems on the outside with nine receptions for 153 yards on a touchdown. 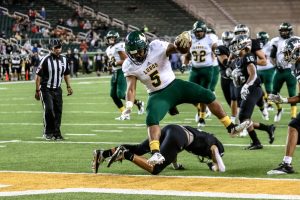 “We only stopped them three times the whole game. They had to earn every yard, but they were able to really keep us off balance with the run and the pass. Every time I thought it was a run, it was a pass, and vice versa, so hats off to them,” Sanders said. “They’re definitely a little bit faster than us, but we’ve beaten teams that are faster than us. The difference with these guys is they’re fast and they have an excellent offensive system that kind of played on what we’re weak at. They were able to max protect, work the edges on the corner and throw it really deep and we had a hard time handling that, and then they have really two nice running backs that we had a hard time stopping.”

Smallwood ended his prolific career with 141 yards and three touchdowns on 29 carries. Also in their last games wearing the Vandegrift jersey, Dawson completed 13-of-20 passes for 131 yards with one touchdown and two picks, and Merrifield hauled in five receptions for 75 yards and a score.

“Winning percentage, it’s the best season we’ve ever had. But I’m really proud of our guys. To go undefeated in our district. We go 10-0 in the regular season and then get to the third round. We wanted to prove that we belong in 6A and we’re slowly and surely doing that. We met up with a good team tonight, but I’m really, really proud of my guys,” Sanders said. “Hopefully we’ll continue to build on this. Tonight I’ll thank the seniors for all the stuff that they’ve done. I’m really proud of the senior class, and we’ll take a deep breath and start to go to work on Monday.” 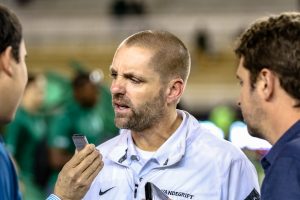