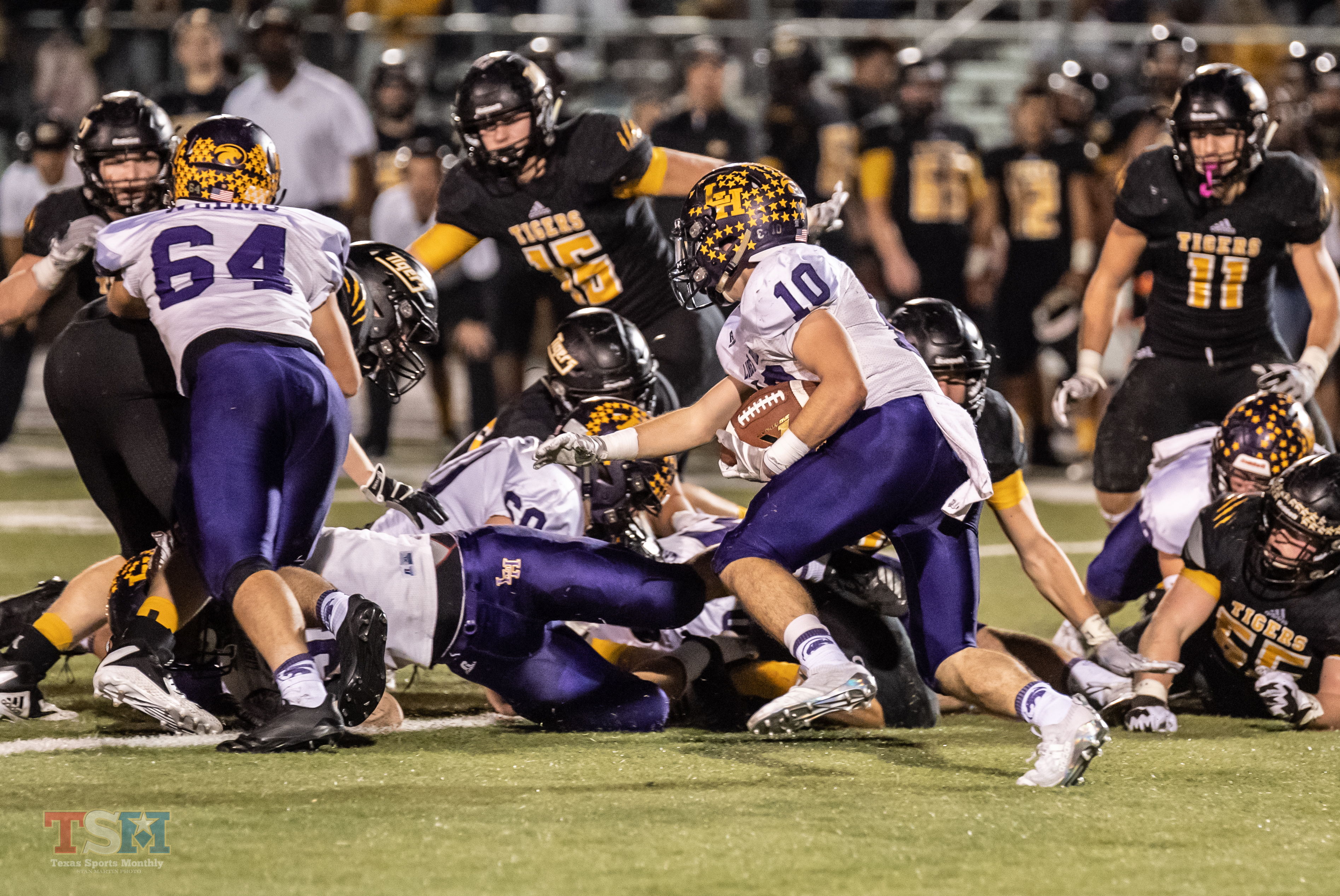 In a round of the playoffs that typically separates the men from the boys, Liberty Hill showed what it was made of. The Panthers overcame a disastrous play at the end of the first half and rattled off 21 unanswered points to beat Sealy 35-21 in the Class 4A Division I Region Semifinals Friday at Bastrop Memorial Stadium in Bastrop.

Sealy took a 21-14 lead into halftime after a 41-yard Hail Mary touchdown pass from senior quarterback Garrett Zaskoda to sophomore wide receiver Hunter Clarke as the clock hit zero. A play like that can sometimes linger in the locker room and cause the team that gave it up to come out flat in the second half. But Liberty Hill showed maturity in brushing it off and punching back harder.

“I told them ‘A lot of teams come back from 35 down at half. Teams that are up 35 fall apart.’” said Liberty Hill coach Jeff Walker. “The halftime score, we just forgot it. I told them to get out there, just forget what the score is. Yea, they got a big play. So what? They can’t get them all night. Just keep playing and our kids did that… We got a lot of seniors that didn’t want to play their last football game. When you got that, you got a good chance.”

After trading two punts a piece to open the second half, Liberty Hill senior running back Kyle Harrison (21 carries, 253 yards, two touchdowns) found running room and dashed 56 yards down to the 10. That set up senior running back Shane Gonzalez (18 carries, 126 yards, one touchdown) to score on the next play and tie it at 21.

The defense forced a third straight punt on the ensuing drive. When the offense got the ball back, they went right back to what they do best: run that ball. The Panthers put it in the hands of Harrison, Gonzalez and senior Kristian Taggart (11 carries, 56 yards) for a 10-play, 53-yard touchdown drive that ended with Harrison finding paydirt from eight yards out. 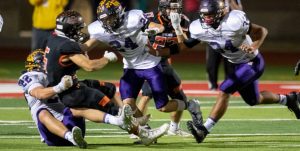 “(The plan was to) keep the ball away from them and get in the end zone,” Walker said. “Unfortunately, we fumbled the football and had penalties that cost us. Other than that I thought we moved the ball well. We just didn’t do it consistent enough because we turned the ball over or we got called for holding. Penalties and turnovers got us, but other than that I thought we played well.”

Sealy thought it tied the game in the fourth quarter but a four-yard touchdown run was called back by holding. Two plays later Liberty Hill’s pass rush got to Zaskoda and forced an intentional grounding penalty. On fourth down, the pass rush got home again with senior Mason Ogle bringing down the quarterback for his third sack. The Panthers had five sacks as a team.

“I’m real proud of our defense. They stepped up in the second half and played outstanding. We knew they were able to do it,” Walker said. “We have a 6-foot-4, 225-pound (defensive end in Kory Schmidt) and a 6-foot-5, 260-pound (defensive end in Williams Baty) on the edge and (Schmidt) is real fast, and (Baty) is not slow so they give people some problems with match-ups. Defense played lights out.”

Liberty Hill junior quarterback Jacob Cearley didn’t throw a pass but ran seven times for 39 yards with two touchdowns – the second of which came from 26 yards out with 1:37 on the clock as he fooled the defense with a beautiful fake and bootlegged out for the walk-in score. Any hope of a mad comeback was dashed when Sealy fumbled the ensuing kick and Liberty Hill recovered. 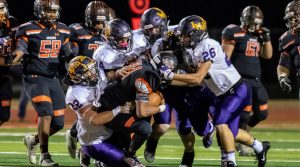 Any Given Friday
Vandegrfit season ends with Longview