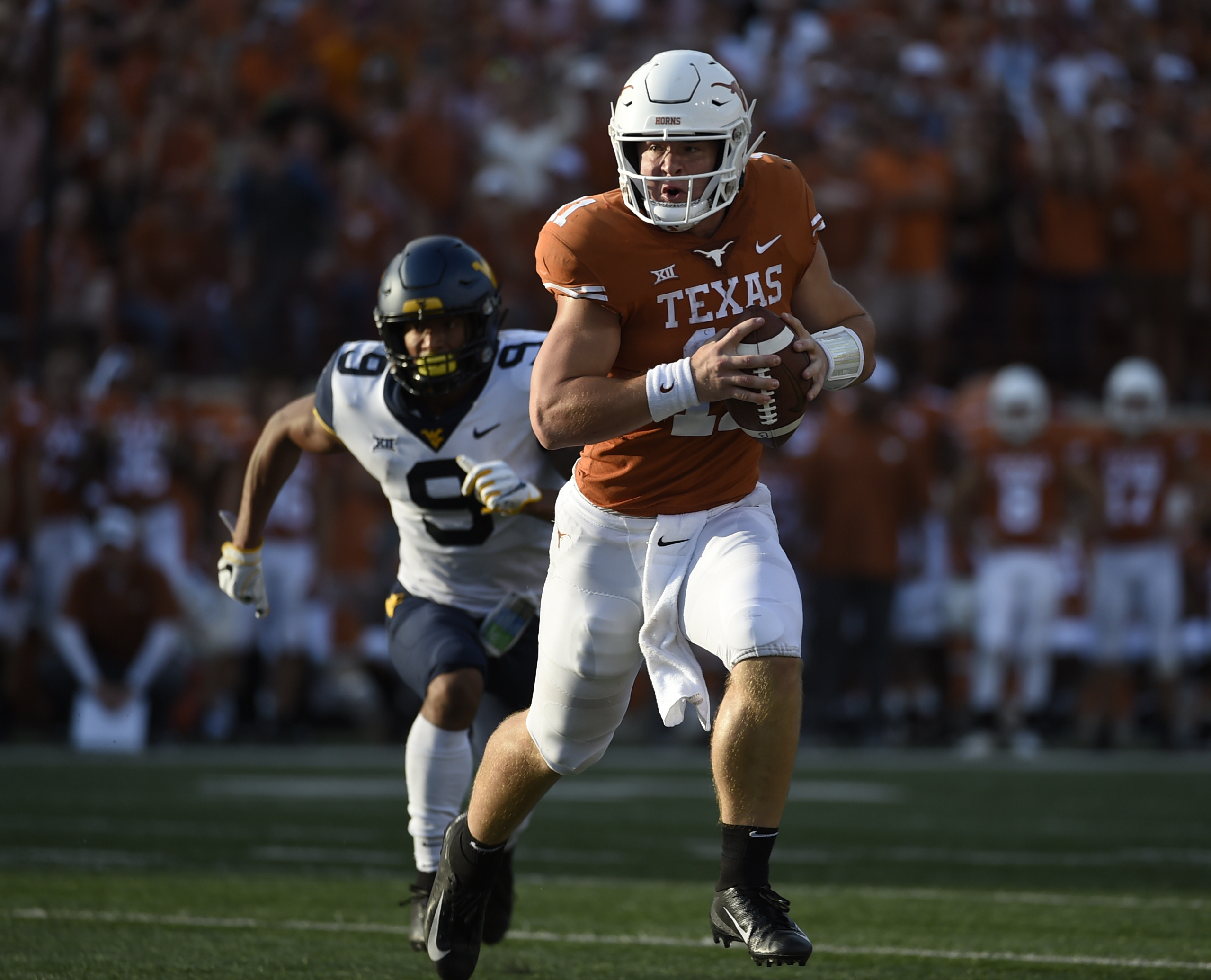 Can the Texas Longhorns rebound after dropping two in a row in Big 12 play?
Tom Herman’s young Longhorn team has cooled like the Texas weather in recent weeks after defeating 3 top ranked teams in a 6 win streak after falling to Maryland in week 1.

The Longhorns slowly climbed the top 10 ranks eventually getting to #6 in the nation before loosing to Oklahoma State 3 weeks ago then falling yet again to Big 12 Power West Virginia.

Going into the Tech game this weekend Texas fans are bewildered as to what Herman team will show up. Has Todd Orlando’s defense given away the secret sauce to the rest of the Big 12? He is certainly going to have to make adjustments moving into this late in the season in conference play.

Red Raiders Alan Bowman’s partially collapsed lung will apparently keep him from starting against the Longhorns so Tech QB Jett Duffey will start QB against Texas.
Duffy who is listed at 6’1 and 200 pounds, is a smaller back, but ran a 4.60 40-yard dash in high school.While Duffed isn’t Kyler Murray, he does have elite agility and could give the Texas Defense extra running and spying duties Saturday.

Red Raiders host Texas tomorrow night on FOX. Get your umbrella out horns fans, the Tortillas will be thrown at you most likely in Lubbock this weekend.

Slow your Texas playoff hopes down for exactly one year
Stars Salute Service this weekend.