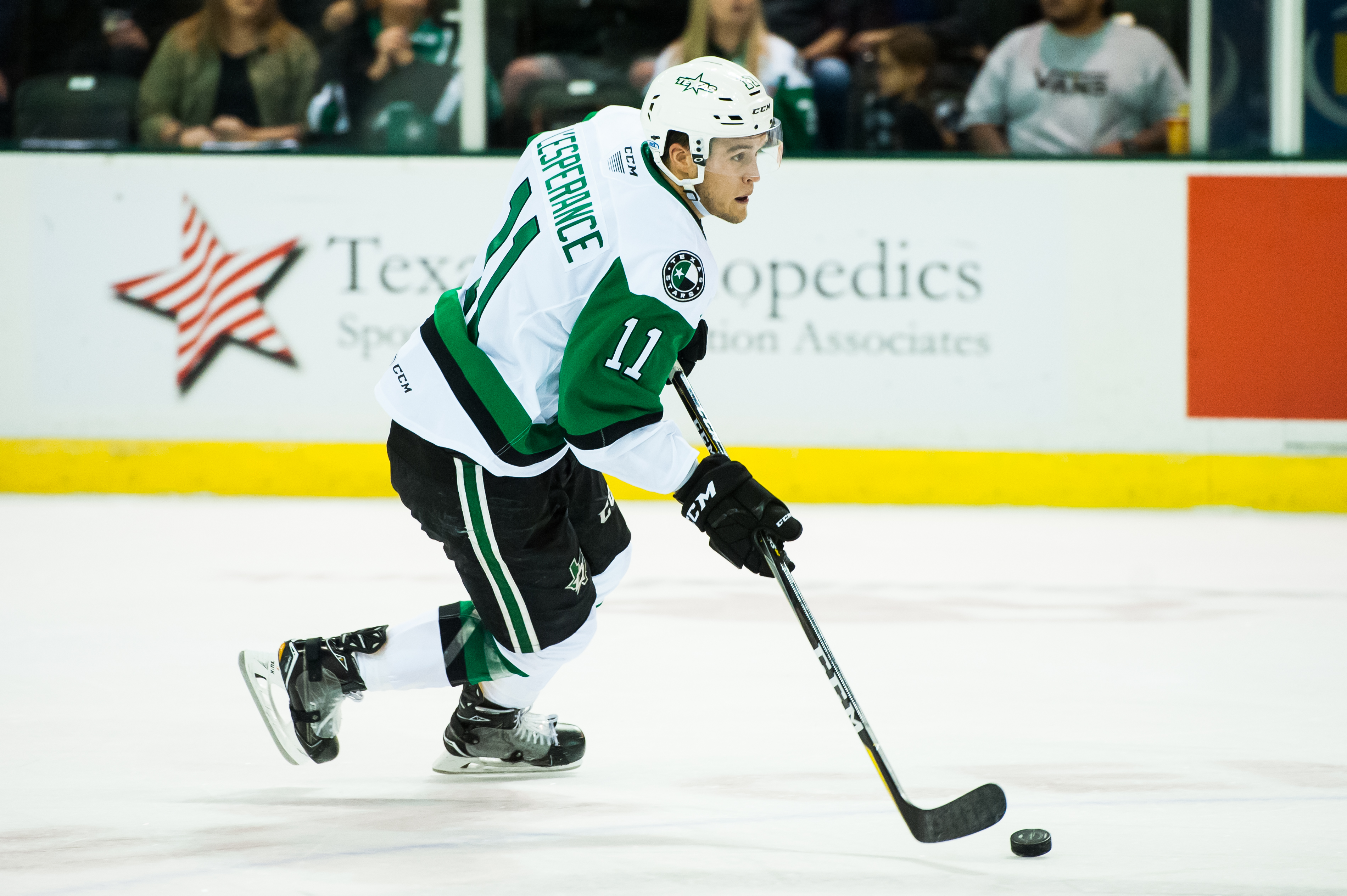 CEDAR PARK, Texas – The Texas Stars, American Hockey League affiliate of the NHL’s Dallas Stars, are pleased to host the team’s Fall Military Appreciation night presented by Re-Bath of Austin this Saturday, Nov. 10 at 7:00 p.m. The Stars will face the San Antonio Rampage for the first time this season when the puck drops at the H-E-B Center at Cedar Park. Fans who arrive early to the game will receive a Stars Knit Cap presented by Re-Bath of Austin. The Stars will also be wearing specialty Stars and Stripes Jerseys which will be auctioned off online through DASH Auction. Proceeds from the auction will benefit the Texas Stars Foundation. American Flag Themed Mystery Pucks and 10th Anniversary Challenge Coins will be available for purchase for $20 at the Texas Stars Foundation table, located outside section 104 on the concourse.

Saturday will be a Texas Lottery Lucky Row Night where the first Stars player to score wins free scratch tickets for a lucky row of seats at H-E-B Center. Fans can purchase a Coca-Cola Zero Sugar Family Four-Pack on Saturday, offering four tickets, four hot dogs, and four soft drinks for $17 per person.