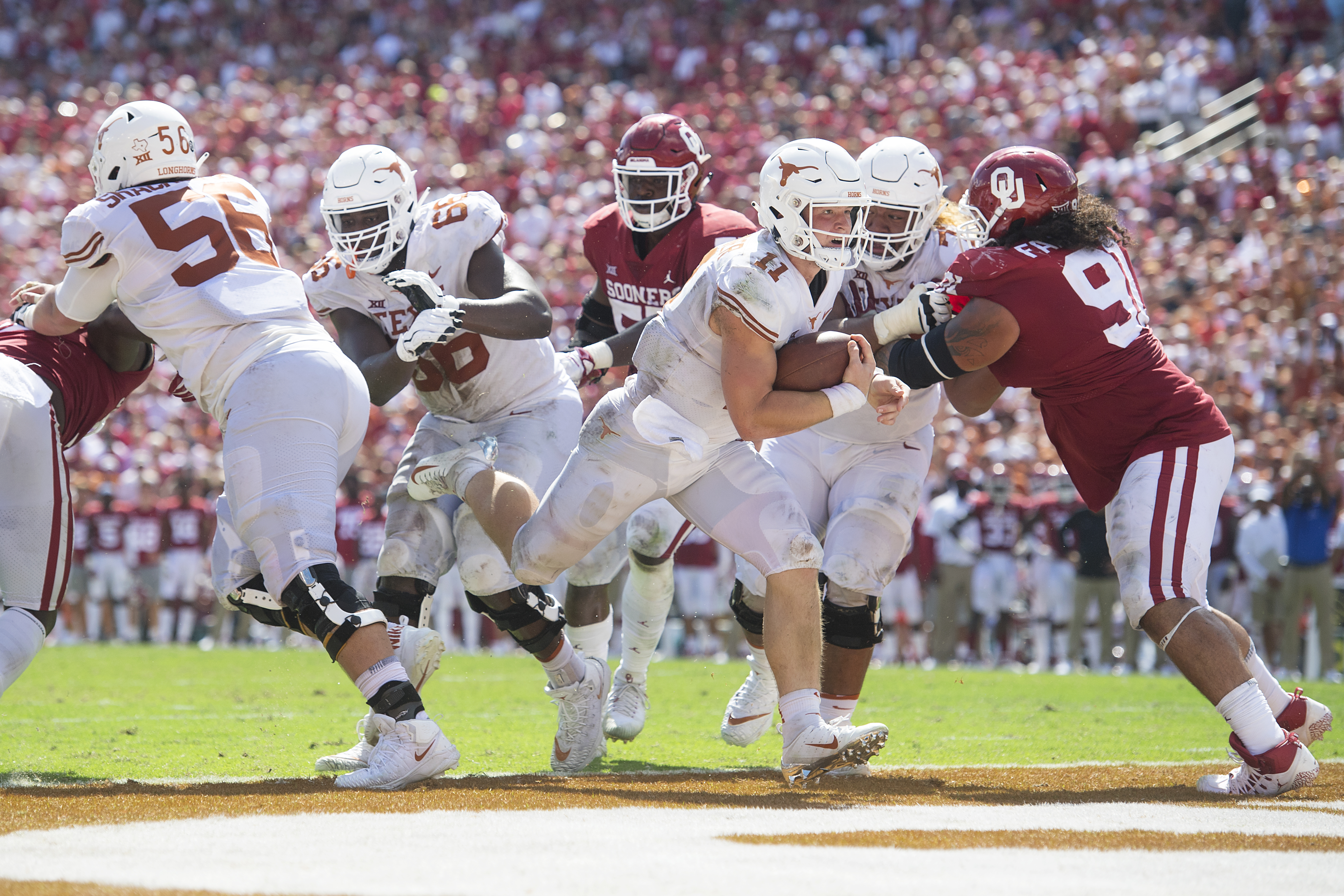 Not since 1903 — and the third time ever will the Longhorns and Sooners play for a second time in a single season, but this time for the Big 12 Championship.

In a series that began in 1900 these two Rivals will go head to head once more with the conference on the line. A Texas defeat of Kansas in Lawrence last Friday clinched the first appearance in the Big 12 Championship game since 2009 for the Longhorns. Then  Friday night, Oklahoma edged out WV in an all out thriller in Morgantown 59-56 Sooners.

The Cotton Bowl rematch  in Arlington  is set for December 1st this Saturday at AT&T Stadium.The Longhorns narrowly escaped the Sooners back in October at the Red River Showdown this season, in a 48-45 thriller over OU.

The Sooners have been red hot since the loss to Texas and have won every game since.

Texas has seen some offensive woes in recent weeks and QB Sam Ehlinger has gone down in two games due to a shoulder injury. Which Texas team will show up for coach Tom Herman at this Big 12 title match? The team who struggled against Kansas and Baylor, or the team that put up 41 against West Virginia and 48 against the Sooners? 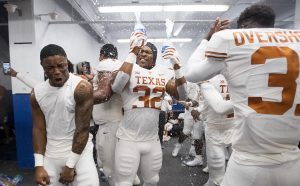 The stakes are high with implications of a potential playoff. Then there is the New Years Six bowl placement, and don’t forget bragging rights in this rivalry. And while I am rooting for my Longhorns to win this game, I also know it will be tough against a high flying Kyler Murry lead offense, however Texas also has the receiver core in Lil Jordan Humphrey and Collin Johnson. With the arm and legs of Sam Ehlinger and a Texas secondary that is lead by Kris Boyd and Caden Sterns the Horns need only stay within a score to catch the Sooners. In fact I’ll bet that the last team with the ball will win.”

The Arlington kick off at is at 11 a.m. Central on ABC. 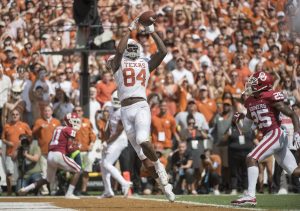