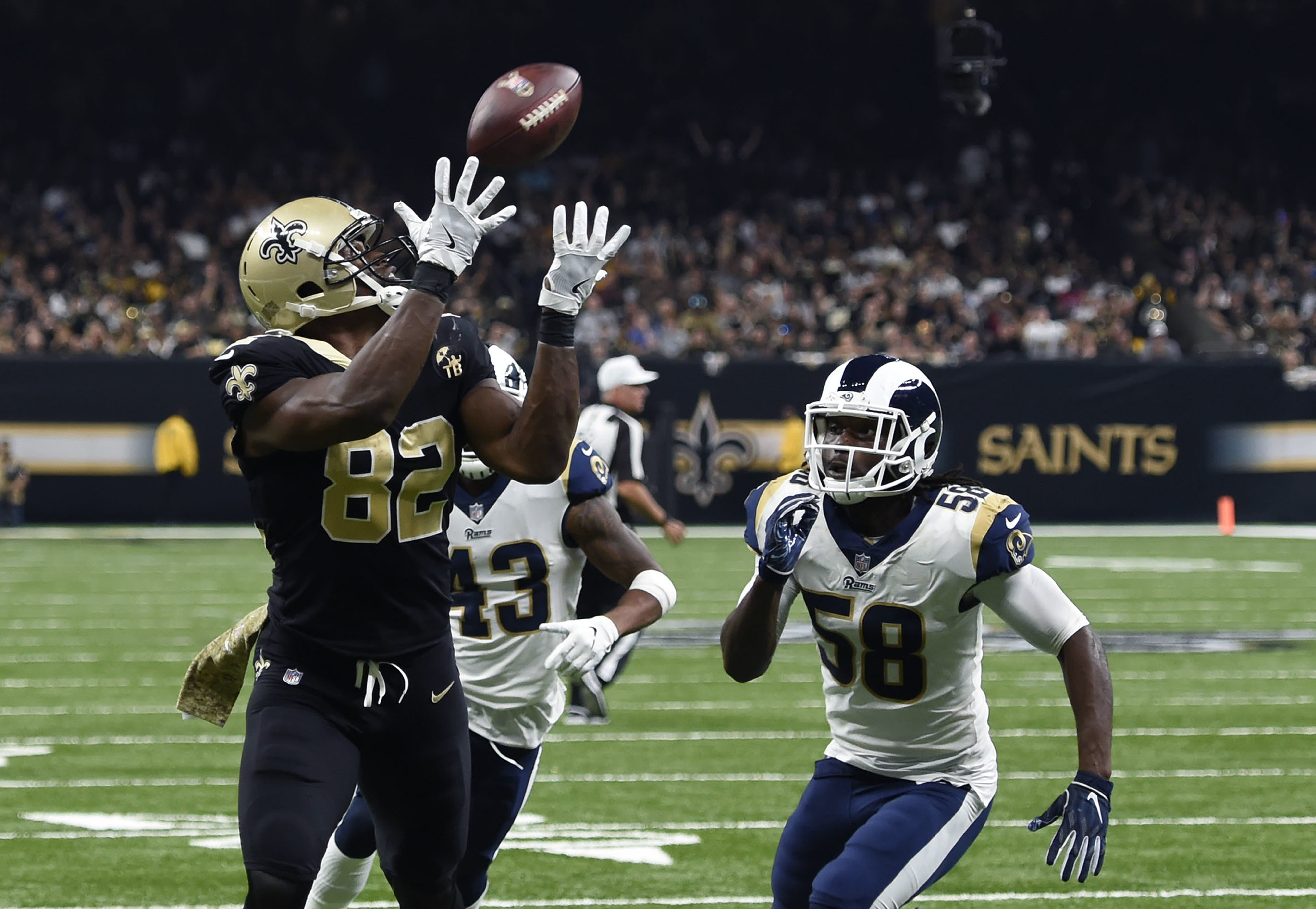 By JAY COHEN, AP Sports Writer
Tom Brady versus Patrick Mahomes. Drew Brees against Jared Goff.
Two high-profile rematches with the Super Bowl on the line.
The NFL’s highest-scoring offenses face off in the conference championships next Sunday. Brady leads the New England Patriots into Kansas City to take on Mahomes and the Chiefs, and Brees and the New Orleans Saints host Goff and the Los Angeles Rams.

“We’ll see how it goes,” Patriots coach Bill Belichick said. “Well-coached, they have a lot of explosive players. We had a tremendous game with them here earlier. That was a long time ago. We’ll see where we are now, see where they are.”

New England hosted Kansas City way back on Oct. 14, and Brady passed for 340 yards and a touchdown in a 43-40 victory that was the Chiefs’ first loss of the season. Mahomes’ 75-yard touchdown pass to Tyreek Hill tied it with 3:03 left, but Brady drove the Patriots to Stephen Gostkowski’s 28-yard field goal as time expired.

The AFC championship game is Brady’s first trip to Kansas City since he threw two interceptions and was sacked twice in an ugly 41-14 loss on “Monday Night Football” on Sept. 29, 2014.

“It’ll be a tough game,” Brady said. “They’re well-coached. They’ve got a good offense. … It’s going to be a lot of fun to go back there and play in a championship game and try to advance.”

“When we come out there, we feel like no one can stop us,” Thomas said of his connection with Brees. “I just feel like we keep building every week. We have a thing, and it’s hard for the other team to stop.”

It’s the first time in the Super Bowl era that the NFL’s top four scoring offenses all reached the conference championships. But New Orleans’ defense played a crucial role in its 20-14 win over Philadelphia in the divisional round on Sunday. Marshon Lattimore had two interceptions, including one on the Eagles’ final drive, and the Saints erased an early 14-0 deficit.

“We were real calm and poised and we knew we were going to get things done,” Brees said.

Los Angeles advanced by powering its way to a 30-22 win against Dallas on Saturday. C.J. Anderson had 123 yards and two touchdowns on the ground, and Todd Gurley rushed for 115 more yards and another TD.
“Our sense of focus and the sense of urgency have gone up tremendously,” guard Rodger Saffold said.

New England (12-5) also showed off its rushing attack in a 41-28 win against the Los Angeles Chargers on Sunday. Sony Michel rushed for 129 yards and three TDs. The Patriots scored on their first four possessions on their way to a 35-7 halftime lead.

“The ability to execute early and get things going sets a lot of things up,” wide receiver Julian Edelman said. “It shows that we had a good week of practice, executed well in practice and it carried over and went into the game.”

Kansas City (13-4) is headed for its first AFC title game in 25 years after rolling to a 31-13 victory over the Indianapolis Colts on Saturday. Mahomes, who is one of the favorites for the NFL MVP award, passed for 278 yards and rushed for a score in his playoff debut.

“This is what we work for,” Chiefs linebacker Dee Ford said. “We just want to keep this thing rolling. Enjoy it now but keep it rolling.”

Jay Cohen can be reached at https://twitter.com/jcohenap