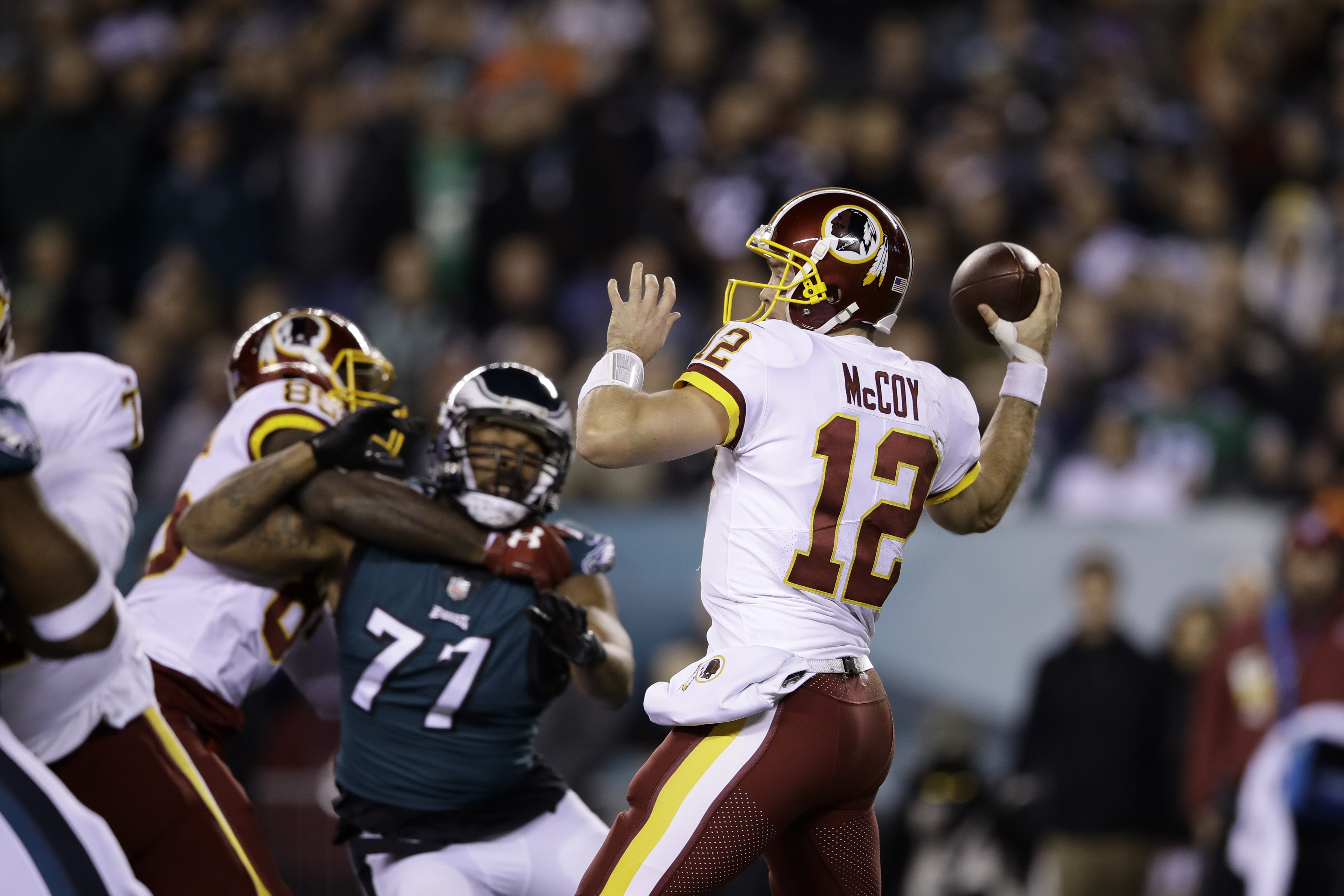 A fractured fibula ended Colt McCoy’s season when he attempted to take the Redskins to the playoffs when starter Alex Smith, who suffered the similar injury earlier in the season, was lost for the year. For all non-medical individuals, the fibula bone is the long slender bone that connects the ankle all up to the knee, it’s commonly known as the calf bone.

McCoy fell to the ground and his leg bent in a rather awkward way against the Eagles. Surprisingly he toughed it out for two more plays before he limped his way to the locker which was the last sight we saw from him the rest of the season. He finished with three touchdowns along with three interceptions in three games this season. Bone fractures are way more beneficial than a ligament injury, which in many cases may require nine months to a year before they can compete again and a whole year before they feel confident and play like they did before the injury. Luckily for Colt after his surgery he should be back before Super Bowl weekend to get ready for the 2019 season.

Bad luck ruined his opportunity in the 2018 season as he signed a two-year deal worth $6.5 million. Colt was on pace to void his contract, whether be a free agent or an increase in salary if he played 65% of his snaps this season. But Washington is believed to bring him back as the backup for the fifth straight season consequently from the fibula injury.

At 32, McCoy is as seasoned at they come with experience. He was drafted in the third round by Cleveland but never placed himself as their franchise signal caller. He was then traded to the 49ers who played for just the one year. Washington signed McCoy in 2014 who went through the whole RG3 and Kirk Cousins debacle. Both of them moved on after the 2017. The Redskins were content with the idea of McCoy as the starter before they traded for Alex Smith this past offseason.

Eagles’ quarterback Nick Foles established a need to have a quality backup that can play if need be. Washington still has a need for a backup but won’t feel comfortable with Mark Sanchez who replaced McCoy as the third quarterback that started for the Redskins. There is some trade value for McCoy as many teams struggle to develop a backup quarterback just in case something happens to their signal caller.

A fifth-round pick would be reasonable to acquire McCoy if the Redskins want to take a new path to find their quarterback of the future, but the 2019 NFL Draft is very weak in terms of finding the next franchise saving quarterback. They have yet to find their franchise quarterback when RG3 was behind center who has had jumped teams the last few years and Kirk Cousins signed a mega deal with the Vikings who many thought had not even come close this season as a payoff. The Vikings failed to make the playoffs.

The 2020 season will most likely give Colt the chance to test the free agent market and will attract many offers from quarterback needy teams. He is well respected among his teammates and will be a great presence in the locker room which he brought from the forty acres. Many scouts believed he wouldn’t last in the league this long but the fans have looked in the distance with satisfaction he is still alive and well. The memories of beating Ohio State, the come from behind victories, the record breaking stats, and the wishful thinking of what if he didn’t get hurt in the national championship game against Alabama have given him story to root for.