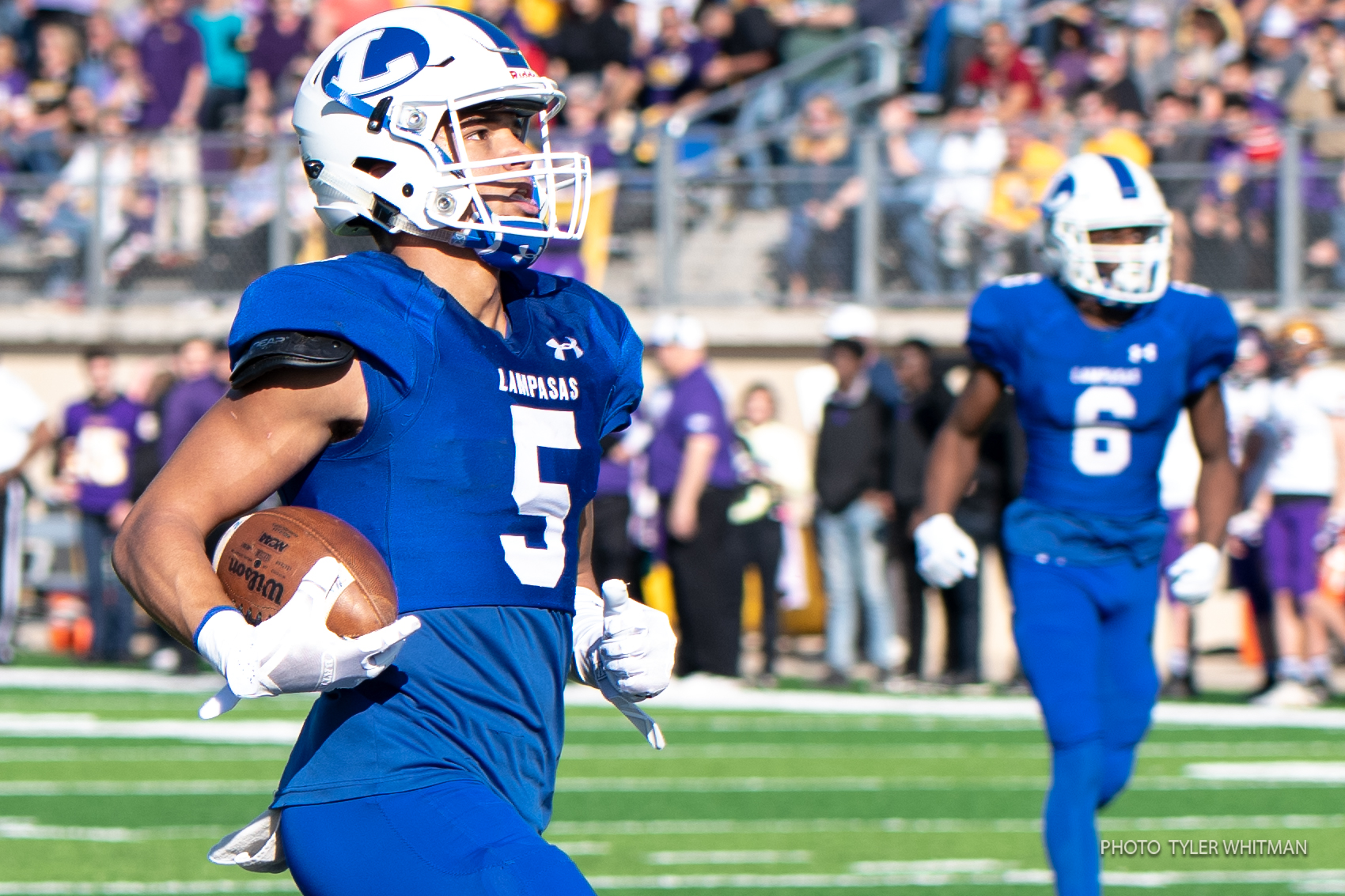 Lampasas Liberty Hill Game "You Got Mossed" on MNF

Lampasas Liberty Hill Game "You Got Mossed" on MNF

Lampasas senior wide receiver Jaylon Porter has had a remarkable year, as he goes into this Friday with 61 catches for a team-high 1,246 yards and 18 touchdowns.

One of those receptions has even earned him a prime time shout-out from a Hall of Famer.

Porter was the No. 1 highlight on this week’s “You Got Mossed” segment that aired before the Monday Night Football matchup between the Eagles and Giants on ESPN. Named after all-time great wide receiver Randy Moss, it features some of the best individual grabs made by wide receivers in all levels of football across the country.

Porter’s catch came in the back of the end zone on a fade pattern in which he leaped over the shoulders of Liberty Hill defender Matt Montes, secured the ball and turned away to avoid having the pigskin pried from his grasp — all in mid-air.

Porter’s TD reception was one of three he secured in the game, which his Badgers won 49-34. Lampasas now advances to face Carthage in the Class 4A Division I state semifinals.Moss, who was enshrined in Canton in 2018, gave an emphatic play-by-play of the acrobatic TD alongside Monday Night Countdown colleagues Suzy Kolber, Steve Young, Louis Riddick and Adam Schefter. The video has since gone viral around the Lone Star State.