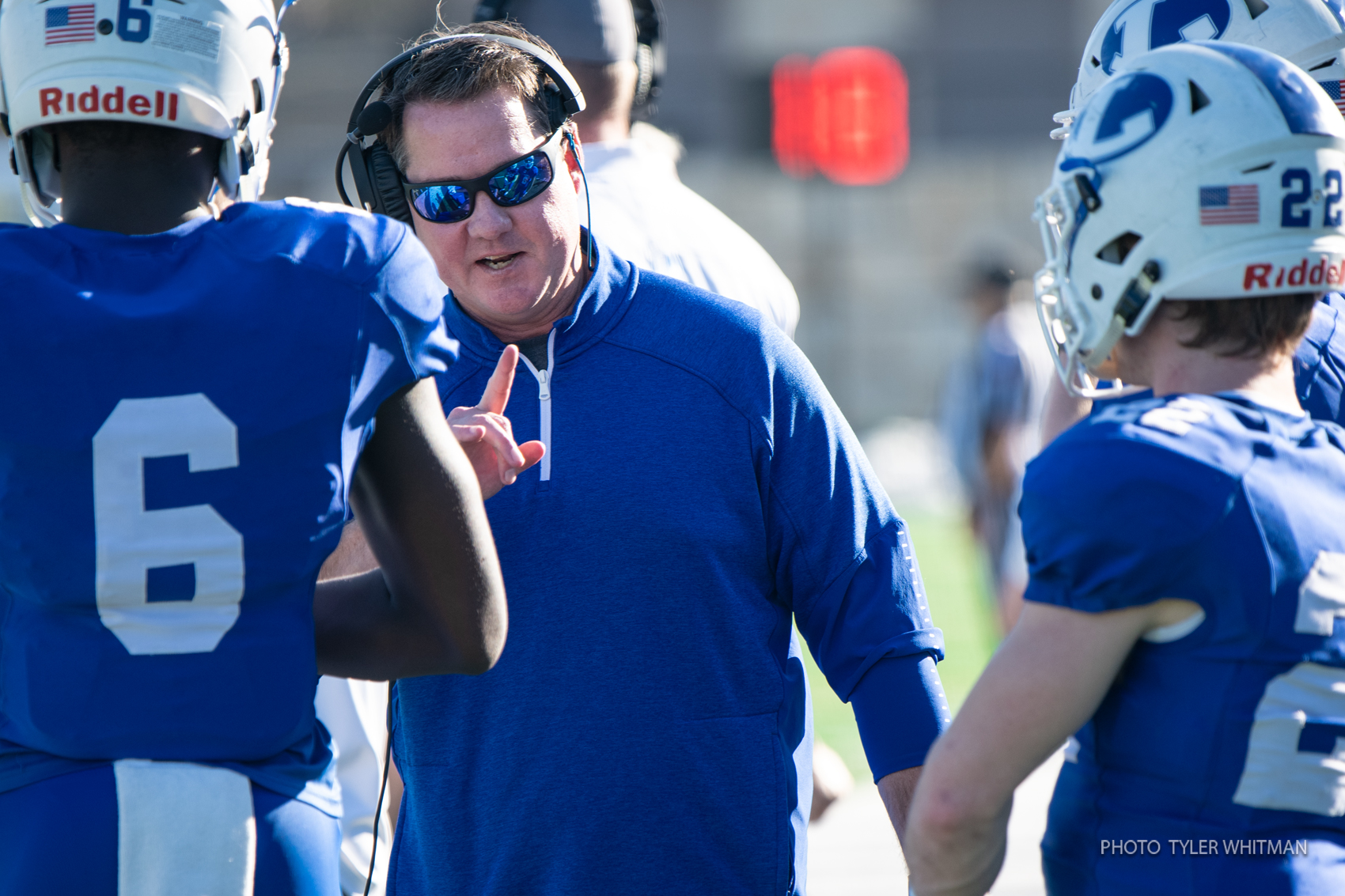 Texas Sports Monthly got the opportunity to catch up with Lampasas head coach Troy Rogers during the Badgers’ outstanding 2019 campaign. Rogers discussed his team’s high-octane offense, underrated defense and the excitement that has swept through the entire Lampasas community this season.

Q: Coach, you arrived at Lampasas prior to the 2016 season from Galena Park North Shore to take over your alma mater’s football program. Did you see this type of success coming with the group of young talent that was thrown into the mix as freshmen and sophomores?

A: Well, we knew if we just kept getting better that we had some talent coming through. We don’t ever talk about expectations like that, but we knew we had a talented group and these kids have been playing well.

Q: What has the excitement level been like within the community of Lampasas this year, especially in recent weeks during the playoff run?

A: It’s been great. Lampasas always support their high school. They love the Badgers, and win or lose, they’re going to support them. It’s just been a long time since they had winning football to get excited about, and getting to play into December is really exciting for our community and they’ve really come out to support us. It’s a good thing.

Q: Junior quarterback Ace Whitehead and wide receivers Jaylon Porter and Cameron Everts have had outstanding seasons. How has your team’s passing attack been able to grow into such a potent part of Badger football?

A: I think it starts with the quarterback. He does such a great job of making decisions and delivering the ball to the guys who need it. Our O-line is probably the unsung heroes because they’ve been giving him time, and our run game has been really effective as well. We try to be as balanced as possible to keep people off guard, but I think what’s kind of set us apart is Ace and our receivers — Cameron Everts, Jaylon Porter, Mike Murray, Brenton Webb. (Ace) spreads the ball around really well and we’ve been able to throw it down the field, and that’s something that’s not real easy to do. Dinking and dunking is also a part of our game, but when you have the ability to throw the vertical or the post effectively, it really changes things.

Q: Who are some of the other players who have helped build this team into a district championship ball club and a state semifinalist?

A: I think one of the things that gets overshadowed sometimes is our defense, which has been playing really well. They’ve helped us out plenty of times, and I think one of the things we do well is play complimentary football. I know last week against Liberty Hill we had two takeaways and then offensively we were able to turn those into points. That’s what you’re trying to do. If you’re going to get a takeaway, which our defense prides itself on, then the offense has got to compliment that and turn it into points. We’ve done that fairly well all year.

Q: It’s always tough to play an opponent twice, especially when you won the first matchup by a wide margin. Did you expect Liberty Hill to be more competitive after you guys defeated them 52-10 during district play? (The Badgers won the rematch 49-34.

A: Even the first time we played them, we told the guys, ‘Hey, this is going to be the best team we’ve seen.’ Regardless of what their record was at that time, that’s still a team that’s coming off of a state final appearance. The thing about being a state finalist is you get to practice football for a lot longer than anyone else. They had a lot of guys on their roster who have played a lot of football and I knew it would click. They were still finding their rhythm with some new pieces of the puzzle and hit their stride. We knew that it was going to be a battle in the playoffs.

Q: Any time a team makes it into mid-December in the playoffs, it’s not by accident. What are the challenges awaiting against Carthage in the state semifinals?

A: It’s just a storied program. Anybody that follows Texas high school football knows about the Carthage Bulldogs. They’re a year removed from winning back-to-back state championships. Liberty Hill beat them last year in the semifinals and I think in three years, that’s the only loss that they’ve had. They’re a team that knows how to win, and it’s exciting for us to get an opportunity to go play those guys. When I got hired here back four years ago, I said, ‘If you want to be the best, you’re going to have to beat the best.’ Carthage is one of the best in the state, so we’ll have our hands full, but our guys will be ready to get after it.

Lampasas Liberty Hill Game "You Got Mossed" on MNF
North Shore too much for Cavs 2nd year in a row.