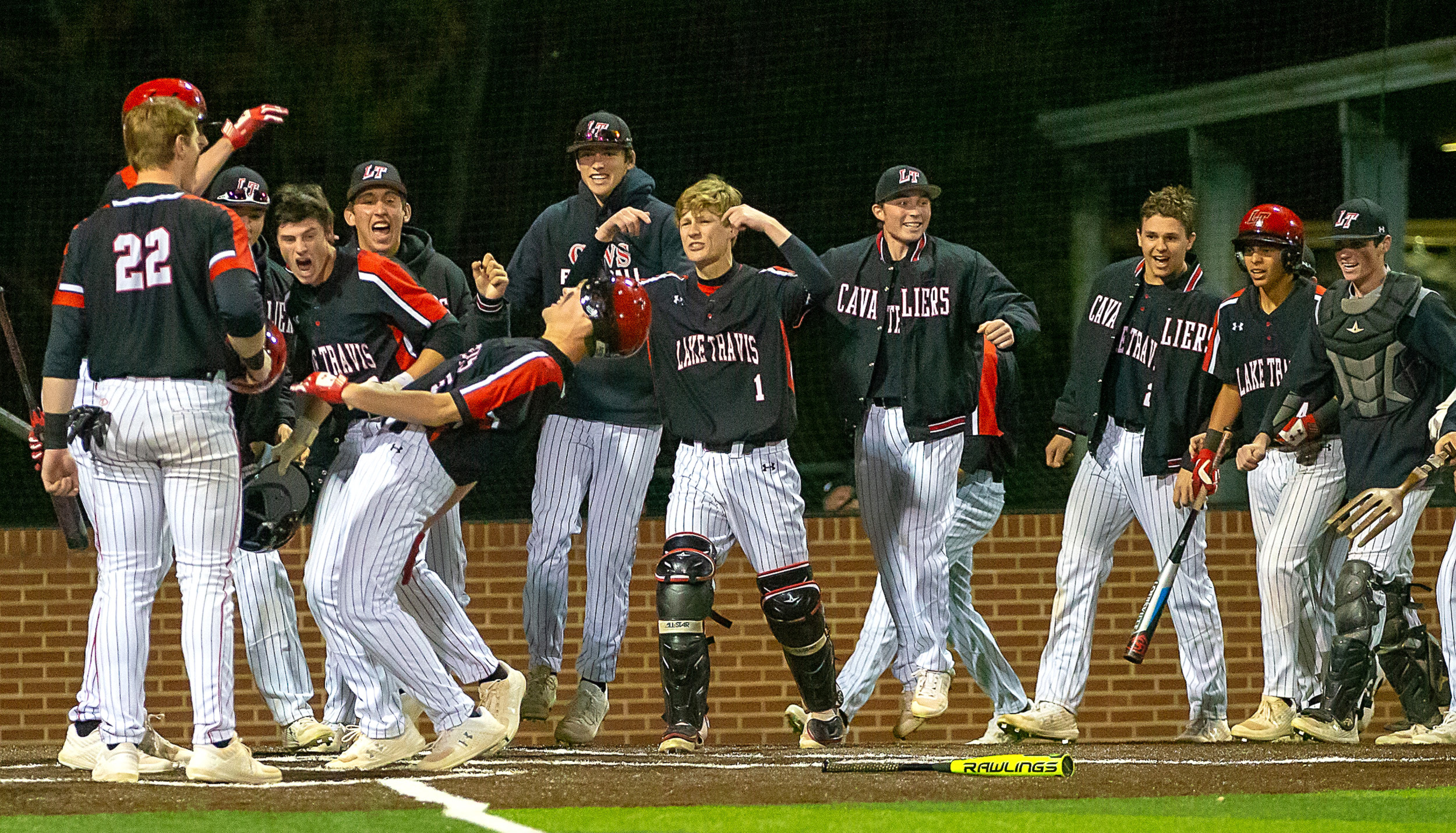 A year after losing in the 6A regional quarterfinals, Lake Travis High School’s baseball team has returned with a vengeance. At 27-3 (14-1 in District 25-6A) on the 2019 season, the Cavaliers, who are district champions and among the top teams in the state, have their eyes set on winning the whole thing. Lake Travis coach Mike Rogers said rankings aren’t at all important, because the school’s team has been ranked highly before, only to get knocked out of the playoffs prematurely.

“The purpose was not to maintain a ranking but to get ready for the playoffs,” he said. “Going in, there is no, ‘Hey, we have to do this now’ mentality. It’s just doing what we’ve been doing. We’re going to pitch really well, we’re going to play great defense. And we’re going to take advantage of offensive situations and try to put pressure on people.”

Coach Rogers said the team has increased its running game, amassing more than 100 stolen bases this spring, and also bunting the ball better than past years. But mostly his Cavaliers are strong on defensive and pitching. “We’re always going to be a pitching and defensive team first. You get in the playoffs, I think that’s the key,” he said. “You’re facing everybody’s number-one [pitcher], quality arms are solid there. So, we’ve done that. We’ve sure been blessed with offensive talent and just performed well throughout the season.”

Powerhouse seniors Brett Baty and Jimmy Lewis, and junior Storm Hierholzer, are the team’s top arms. Baty, also the team’s third baseman when he’s not on the mound, was named Gatorade Player of the Year last year when he hit .435 with 12 home runs. But he pitches consistently in the low 90s; although he has committed to play next year at UT, he is expected to be a first-round draft pick in June and will likely sign on to play professionally instead of attend college. Lewis, who also plays first base, throws in the mid-90s and has committed to play next year at LSU. He is also expected to be drafted pretty high, which may also encourage him to choose professional baseball over college. Lastly, Hierholzer, who has already signed on to play baseball at TCU, throws in the low 90s and is dominating in his own right.

And with strong pitching and defense, the team’s offense has been able to loosen up at the plate, often putting up football score-type games. Baty alone is hitting over .650 with about 50 RBIs and more than 15 home runs. “Obviously, we’re happy. I think the kids have embraced the early-season expectations and their own expectations as well,” coach Rogers said. “They’ve put a great effort forward, and [our record] is pretty nice. … We have the same routine every day. I think kids respond to that and get confidence in what they’re doing. It’s worked well for us.”

But the team is not invincible, as seen in the April 2, 9-5 loss at home to Akins, one of the worst teams in the district. Coach Rogers said he threw some different arms and wanted to see some non-starters get some playing time, although he said it’s not excuse. “It happens in baseball,” he said. “It didn’t work out. Also it was a wake-up call. Sometimes people think success is easy and take it for granted, so it kind of refocused us.”

Nonetheless, the team is focused on what it has to do to win a state championship in 6A. “We’re right where we thought they would be. It’s one of those things that really separates this bunch from earlier bunches as teams; is just the closeness as a unit. That’s something we talked about again in August, trying to maintain that bond and that cohesiveness and togetherness throughout the season. It’s easy to talk about; it’s hard to do sometimes when you’re playing more or not playing as much. But they’ve done a really good job of making sure that we stayed together.”