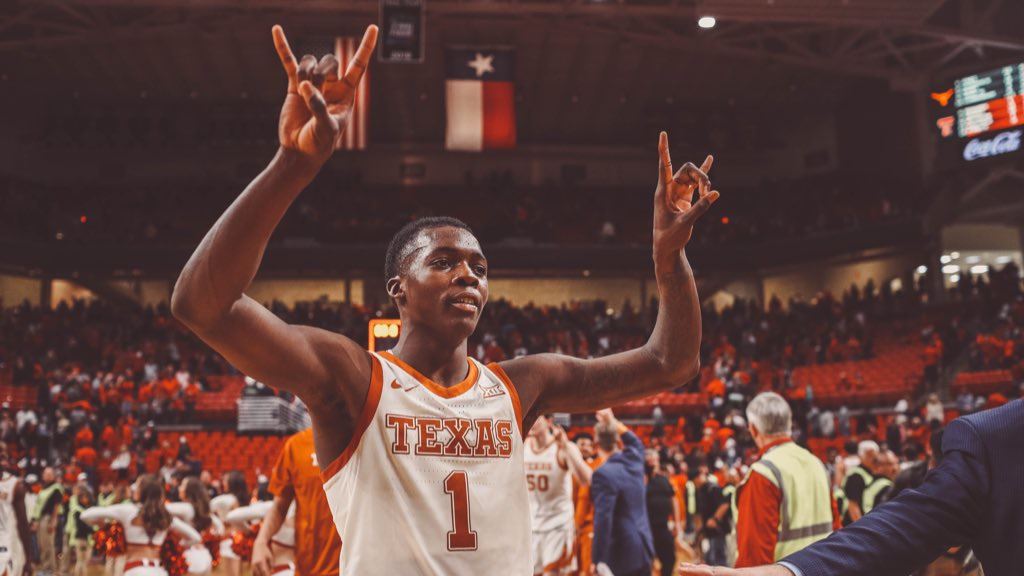 LUBBOCK, Texas — The Texas Longhorns have been on a tear giving a spark in recent weeks as the end of the regular season play nears. Shaka Smart’s young team is seeking a push for redemption and a NCAA Tournament bid. Tech has been a very stingy 13-2 at home coming into Saturday’s game against Texas. However, the Horns stayed the course out rebounding and out shooting the Red Raiders late in the 2nd half of Saturdays contest pulling away with a huge 68-58 win against No. 22 Texas Tech.

The Horns will have a chance at a third straight victory Tuesday night against Oklahoma. The Longhorns upset No. 20 West Virginia last Monday in Austin and have been playing injured and with sick players as of late, but have shown a lot of heart.

Texas is on the outside looking in as the season comes to a close in hopes for a bid in the NCAA Tournament in 2020. Missing out last year still bore the fruit of a NIT Title for the Shaka Smart lead team that has been largely viewed by most critics as mediocre at best.

Currently they are (18-11, 8-8 in Big 12). Texas will travel to Norman tomorrow night to face the Sooners and then will play their final game of the season at home against OSU. Game Airs on TV/ ESPN2 & Radio: Longhorn Radio Network, Sirius XM 385.