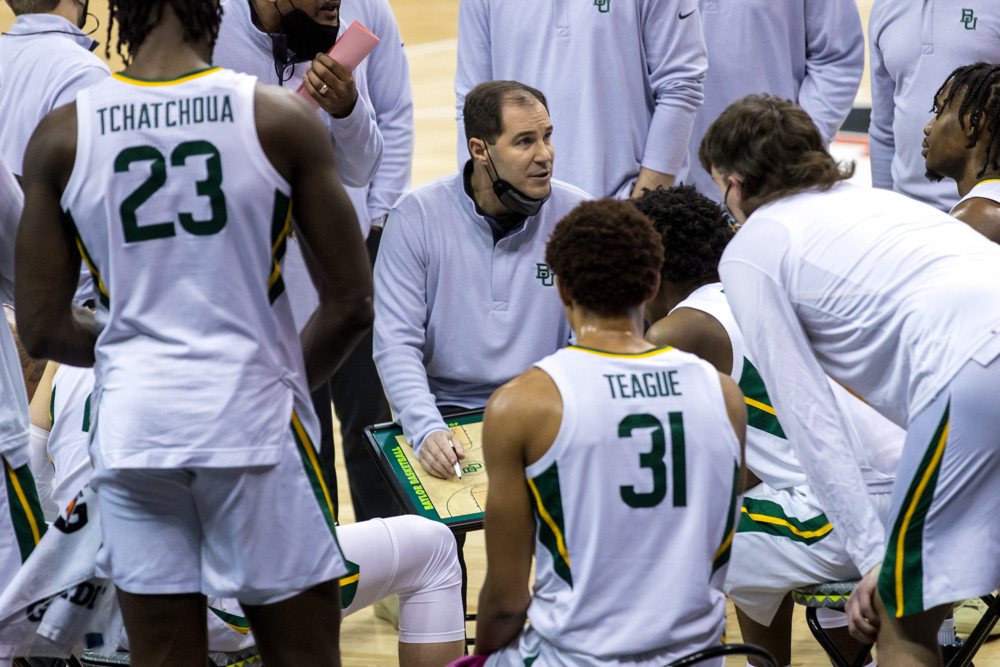 Baylor’s magical run throughout the 2020-21 season ended up looking a lot like Matthew Mayer’s signature hairstyle — business in the front, party in the back.

The Bears paved the way for their championship season with hard work, discipline and attention to detail — but following an 86-70 win over Gonzaga in the national championship game, it was finally time to let loose.

Mayer’s mullet was just one of many memorable symbols along Baylor’s ride to glory in Indianapolis. The former Westlake standout transformed into a vital part of head coach Scott Drew’s bench and showcased his soft touch from beyond the arc in addition to his on-court IQ.

With the Bears’ front-court stacked with talented guards, Mayer carved out a role as a reliable scorer who remained ready to dive into the dirty work whenever necessary. The junior averaged 8.1 points per game this season while also adding 112 rebounds and 36 steals.

The former Chaparral shot 39.5% from beyond the 3-point arc, allowing him to be a deadly screener in the pick-and-pop game.

Mayer got an early taste of high-level basketball while playing for head coach Robert Lucero at Westlake. His teammates included current Longhorn Brock Cunningham and UTEP’s Keonte Kennedy, who transferred from Xavier. Mayer had plenty of offers, including from the University of Texas, but the 6-foot-8 small forward found a home in Waco and began honing his skills under Drew, who is undoubtedly one of the top college coaches in the nation.

Mayer was a contributor almost immediately off the bench and averaged 4.6 points per game as a true freshman. In his sophomore campaign, Mayer put in 4.8 points per contest.

His role expanded dramatically this season as the Bears overcame a COVID-19 break to turn on the afterburners in the final few weeks. After Baylor fell to Oklahoma State in the Big 12 Tournament, Baylor reeled off six straight wins on the country’s biggest stage to capture the program’s first-ever national championship.

Mayer was an instrumental part of the ride, which ended with an eye-opening performance against the previously-unbeaten Bulldogs of the West Coast Conference. Chalk up another win for the Lone Star State.