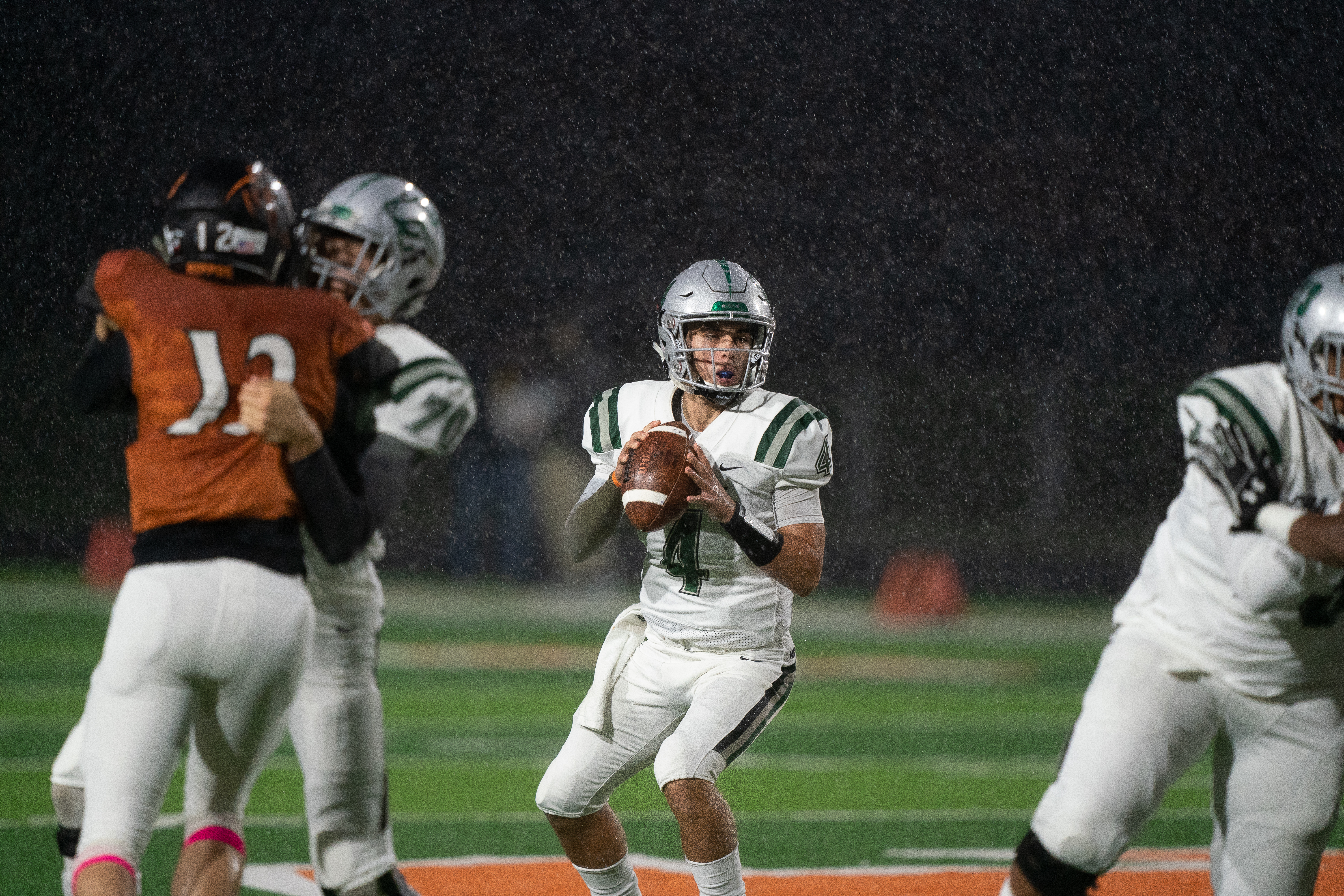 Cedar Park Timberwolves head coach Carl Abseck is able to put things in perspective as it pertains to football and his team of high school players. “It’s not just about football,” he says in his 22nd year of coaching, his 14th with Cedar Park. “We’re training them to be successful by the lessons that we teach within the game of football.”

That’s saying a lot for a man who led the team to a Class 5A, Division II state championship in 2015, and who also as an offensive coach in 2012 helped guide Cedar Park to a Class 4A, Division II state championship. Coach Abseck’s sense of perspective has surely been tested this fall following last season’s district championship and subsequent loss to Manvel in the third round of the playoffs. This season, Cedar Park’s 28-game district winning streak came to an end when his team lost 65-21 to undefeated, district-leading Hutto.

He says that, while the loss wasn’t indicative of his team’s best, Hutto is no surprise this year, adding that they’re a talented team that will likely win the district championship.           Nonetheless, Cedar Park is still very likely to get a playoff berth. “What we’re playing for at this point is seeding,” says coach Abseck. He’s depending on players like sophomore quarterback Ryder Hernandez, who before the Hutto match had gone five straight games with at least 200 yards passing. His two favorite targets have been senior wide receivers Carson Neel and Brandon Breed, who have scored numerous touchdowns and caught for several hundred yards.

Coach Abseck says Hernandez, who last season played for Cedar Park’s freshman team, is a talented athlete whose maturity and leadership abilities extend beyond his years. “He’s got a bright future, and we’re glad to have him leading our offense,” he says. “He’s multidimensional – he can throw, he can run – and he’s done a good job of catching up to speed as a sophomore … and stepping into that role and running with it.” Hernandez’s voice gives away his youth, but his selfless nature comes out in the words he says. He doesn’t feel a lot of pressure playing at this level because he admits his job is to take the pressure off his teammates, most of whom are older than him.

After this season, his goal is to have Cedar Park win the district championship then win the state championship – which is not necessarily out of the question this season. And competing at the Division I college level would be Hernandez’s next objective. He’s not dwelling on the Hutto loss, but rather looking at how the defeat can benefit the team: “We got worked pretty good by Hutto, but I feel that’s going to prepare us even more to make good run in the playoffs.”

Cedar Park’s season wraps up November 9 at Manor High School. Manor is another district contender.  Coach Abseck says his team will finish strong if it takes care of business each week. “If we improve the way we’re capable of improving, then we’re going to be able to do some damage when it comes time for the playoffs.”