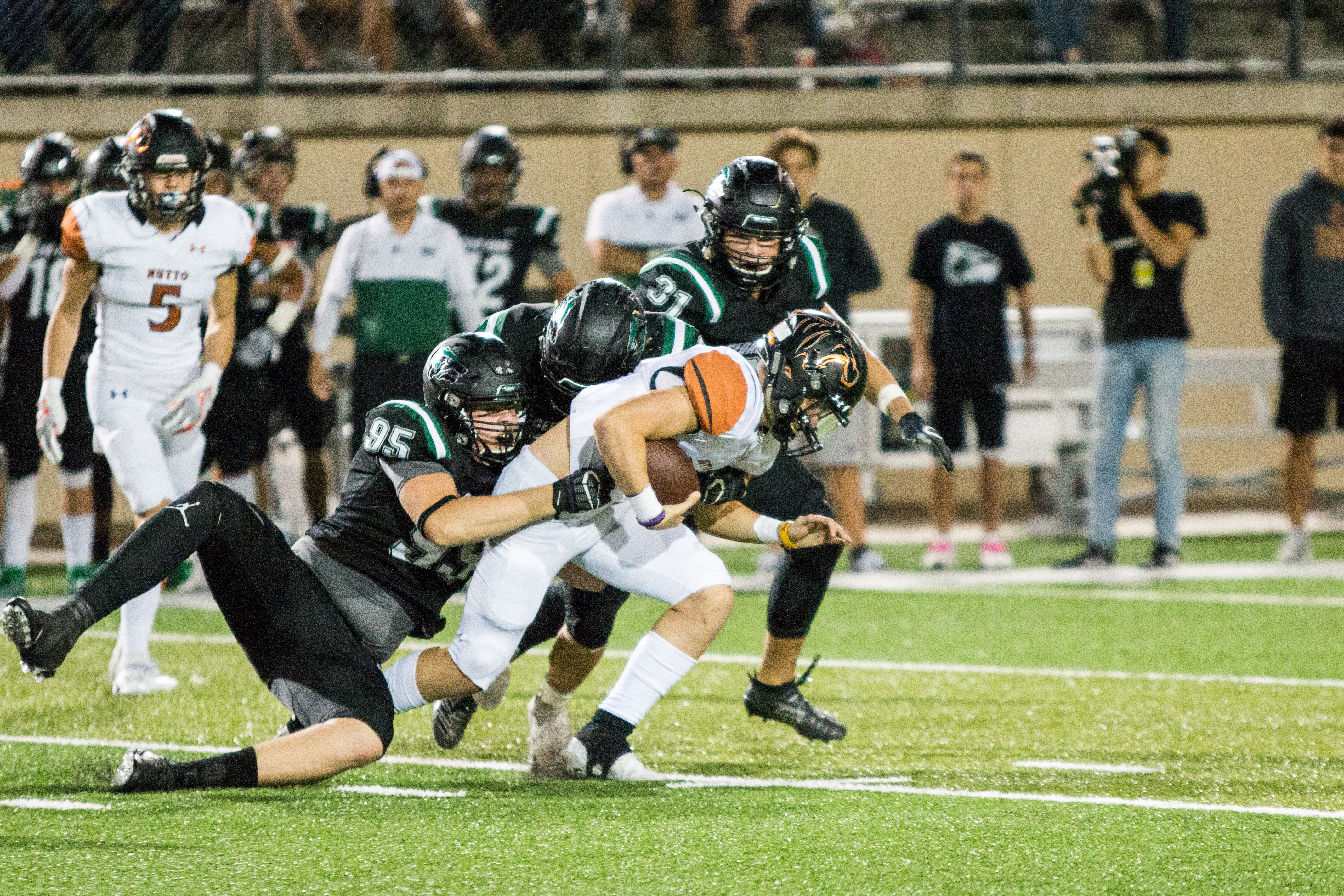 Cedar Park’s 20-16 win over Hutto Friday night at John Gupton Stadium in Leander, TX, was far from a masterpiece. But as the Timberwolves have shown many times before, grit goes a long way in the game of football.
Cedar Park hung around with defense while its offense had an off night. Then, when it mattered most, that same offense flipped the switch with a decisive late touchdown to win the game and put the Timberwolves in the driver’s seat of District 11-5A Div. I.

“They just stuck with it,” Cedar Park coach Carl Abseck said of his team. “It’s a game of ebbs and flows. You’re going to have some good things happen and some bad things happen, but our guys stuck through it and fought until the end… We did enough at the end to pull it out but I couldn’t be more proud of them.”

Going into its final drive, Cedar Park had just 140 yards of total offense on 49 plays for less than three yards per play. The run-game was nonexistent and junior quarterback Ryder Hernandez was misfiring left and right. But with less than three minutes left, no timeouts and the game on the line, Hernandez fired darts of 15, 11 and 20 yards to juniors Josh Cameron, Gunnar Abseck and Preston Scott. A facemask penalty on the last of those got Cedar Park into the red zone, where Hernandez broke through the middle on a quarterback draw for the 15-yard game-winning touchdown.
“We just had to overcome a lot of adversity. (Hutto had) a great squad over there. It was a great game throughout the four quarters. We just came out on top at the end. It’s just a testament to what our coaches are about there. We just had to finish the game out,” Hernandez said. “Their front came after me the whole game. They did a great job of that, and I think on that last drive we were just getting out quick, letting the playmakers make plays.”

The Cedar Park defense did a magnificent job throughout, holding the Hippos to 271 yards on 57 plays for 4.8 yards per play and 4-of-15 on third downs. They also forced back-to-back three-and-outs before the game-winning touchdown drive, ensuring the offense got the ball back with enough time to score.

The unsung hero of the game was senior defensive back Caden Combs, who chased down Hutto senior wide receiver Dajon Harrison on a long pass play to prevent a touchdown in the third quarter. The next play, senior Ronald Caldwell got around the edge for a strip-sack fumble that was recovered by sophomore defensive lineman Murray Robinson and returned to almost midfield. Without that sequence, the Timberwolves almost surely would’ve taken a loss.

“Defensively, I couldn’t be more proud of them,” Abseck said. “(Harrison is) one of the fastest players in Williamson/Travis County, and Caden’s pretty fast, too, but what he didn’t do was give up. To chase him down and make them snap it again and get the turnover, that’s huge… A lot of people don’t remember that. They just think, oh, the fumble happened right after that. But they don’t realize that that kid ran 60 yards to catch one of the fastest guys around.”