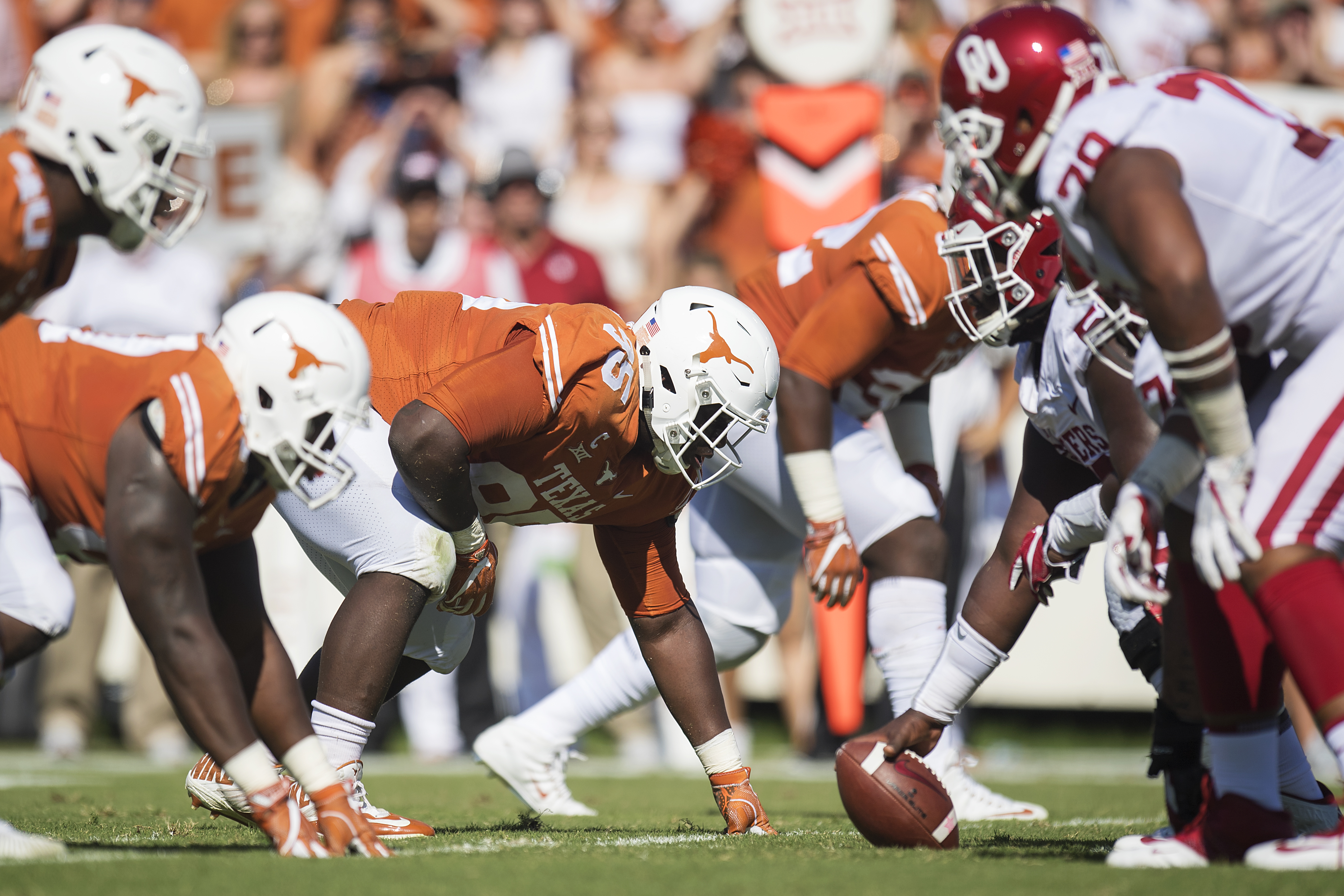 The more things change, the more they stay the same.

That phrase was coined by Jean-Baptiste Alphonse Karr, a Frenchman who had a penchant for satire. The showdown between Texas and Oklahoma coming on the first Saturday of October, however, is no laughing matter.

The duo broke in new coaches last year, Tom Herman for the Horns, and Lincoln Riley for the Sooners. Riley and Oklahoma took the first encounter 29-24, but it wasn’t easy. Sam Ehlinger, despite being punished every play for merely existing on the same 100 yard long and 53.5 yard wide field as the Sooners, put on a fine display of quarterbacking under pressure.

This year could be different though. Baker Mayfield, a son of Austin and now of Oklahoma, is long gone to the Cleveland Browns. Several Longhorn stalwarts are gone too, most notably on the defensive side of the ball. One thing is for sure: this is a largely unpredictable rivalry.

We’ve already mentioned Sam Ehlinger, so let’s focus on other Longhorn standouts. At the time of writing, Tre Watson leads Texas in rushing with a respectable 4.1 yards per carry. Lil’Jordan Humphrey and Collin Johnson have been solid receivers so far, despite the Longhorns’ struggles to move the ball at times. Keaontay Ingram has also flashed potential at the running back position as well.

On the defensive side of the ball, look for Charles Omenihu to make some big plays from the defensive end position. Breckyn Hager provides a solid bookend on the other side of the defensive line. Anthony Wheeler is having a solid season at linebacker, and the ‘Horns are talented in the secondary with Kris Boyd and P.J. Locke providing veteran knowledge, and Caden Sterns and B.J. Foster providing raw talent.

At the time of writing, Oklahoma looks like a juggernaut on offense. Few have been able to slow the Sooners, who are led in rushing and passing by Kyler Murray, who will leave after this season to join the Oakland Athletics. Murray made a whopping 4.7 million bonus for signing with the A’s, and will easily be the highest paid player on the field since this is college football and there’s definitely no other players getting that kind of money from bagmen or their universities. Bruising running back Trey Sermon returns as well, and CeeDee Lamb is a deep threat every time he steps on the turf.

On defense, the Sooners have some young stars of their own. Freshman DB Brendan Radley-Hiles is looking like a star in the making, and Curtis Bolton and Kenneth Murray are legitimate All-Big 12 contenders. The Oklahoma defense gives up some points, but with their offense they can afford to spot teams some points.

Texas is better this year, sure. But this is an Oklahoma team that appears to be just as good as the team that went to the College Football Playoff in 2017, and lost in overtime to Georgia in the semifinals.

Be patient, Texas fans. This one might not be your year. But anyone who knows anything about football can tell you that Tom Herman’s teams are improving, and his most promising players are his youngest. Your Longhorns might not pull this off. But they’re well set up for huge Big 12 runs in the future. There has been change, but for now, it’s likely that history will repeat itself with an Oklahoma win.