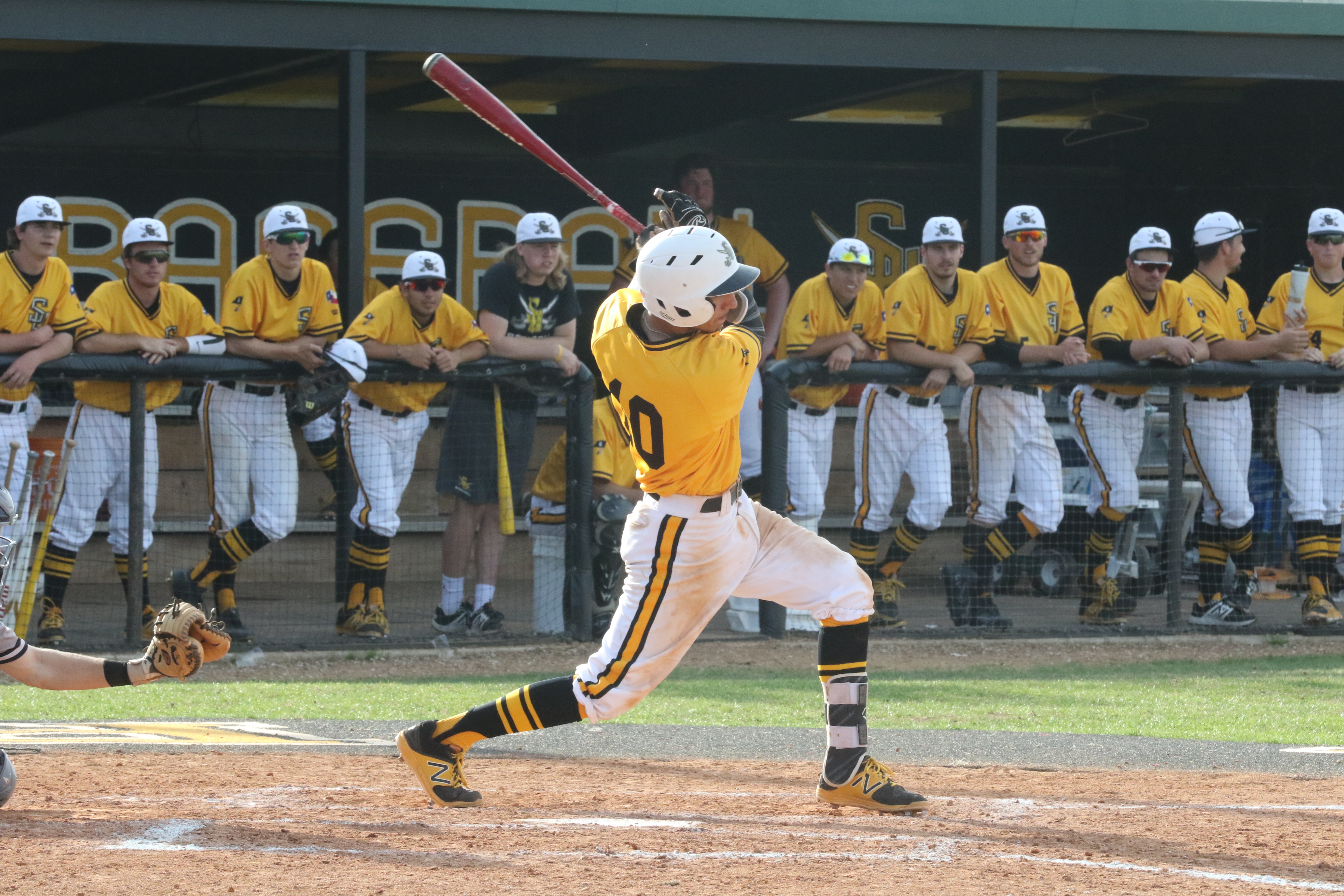 Southwestern University Baseball is set on making it to regional.

Southwestern University Baseball is set on making it to regional.

A year after losing in the final round of the Southern Collegiate Athletic Conference (SCAC) tournament to Centenary College, and just a win away from going to regionals, Southwestern University’s baseball team has returned with more experience and an eagerness to up its game.

“Everyone’s got a lot of energy, a lot of pep in their step,” J.C. Bunch, the team’s head coach, said in early February.

Last season, the Georgetown, Texas-based Division III team finished with an 18-24 overall record ‒ 7-11 in the SCAC. At home, the Pirates went 12-12; but away games were a different story: just five wins in 15 away games. Coach Bunch said he was, despite the team’s losing record, pleased with how well Southwestern played at the end of the season and in the conference tournament.

The 2019 season began in mid-February, and conference play kicks off Friday and Saturday, March 15 and 16, with three away games at Schreiner University.

This year’s team lost some arms from 2018, but coach Bunch isn’t at all worried. “I think we have a deeper pitching staff than we had last year,” he said. “We’ve returned the nucleus of our pitching staff,” which includes three returning, right-handed hurlers ‒ sophomores Austin Smith and Aaron Clark and junior Colton Hunter. Smith had a 4-1 record last season in 11 total appearances on the mound, including six starts; Clark was 2-2 in 11 appearances; and Hunter was 3-4 in eight starts and 12 total trips to the mound.

Coach Bunch said two freshmen could “see meaningful innings.” They are local recruits Travis Harvey (Cedar Park High School) and Benjamin Ludwig (Westlake High School). And other relief pitchers who didn’t see as many innings last year will also be brought in more often to get batters out.

More depth on the mound means the Pirates can have more live scrimmages while simultaneously saving pitchers for games. “To get better,” coach Bunch said, “we have to actually play baseball. Batting practice doesn’t make you better; it’s live at-bats, it’s instant feedback from the pitcher.”

Offensively, he’d like to see this year’s team hit for a much higher average and hit for more power. Last year the Pirates hit .260 with just 12 bombs. Plus coach Bunch wants his players to come to the plate with more “intent,” he said ‒ to get in the batter’s box with a specific objective already in mind, whether it’s to advance a runner and get them in scoring position, or to disrupt a pitcher’s rhythm and confidence.

Most of Southwestern’s strongest offensive players have returned this season. Sophomore infielder Seth Spark hit .311 last year as a freshman. As a result, he was named to the American Baseball Coaches Association Division III’s West All-Region Third Team. Three seniors will lead the team and set an example for the younger, more inexperienced players. They are starting catcher Colby Schmidt, first baseman Cole Kelly, who in 2018 had a .300 batting average, and outfielder Ethan Hallmark ‒ a .306 career hitter.

“We’re cautiously optimistic with how this year’s going to go,” coach Bunch said. “But our goal every year is to find a way to get to the regional tournament.”