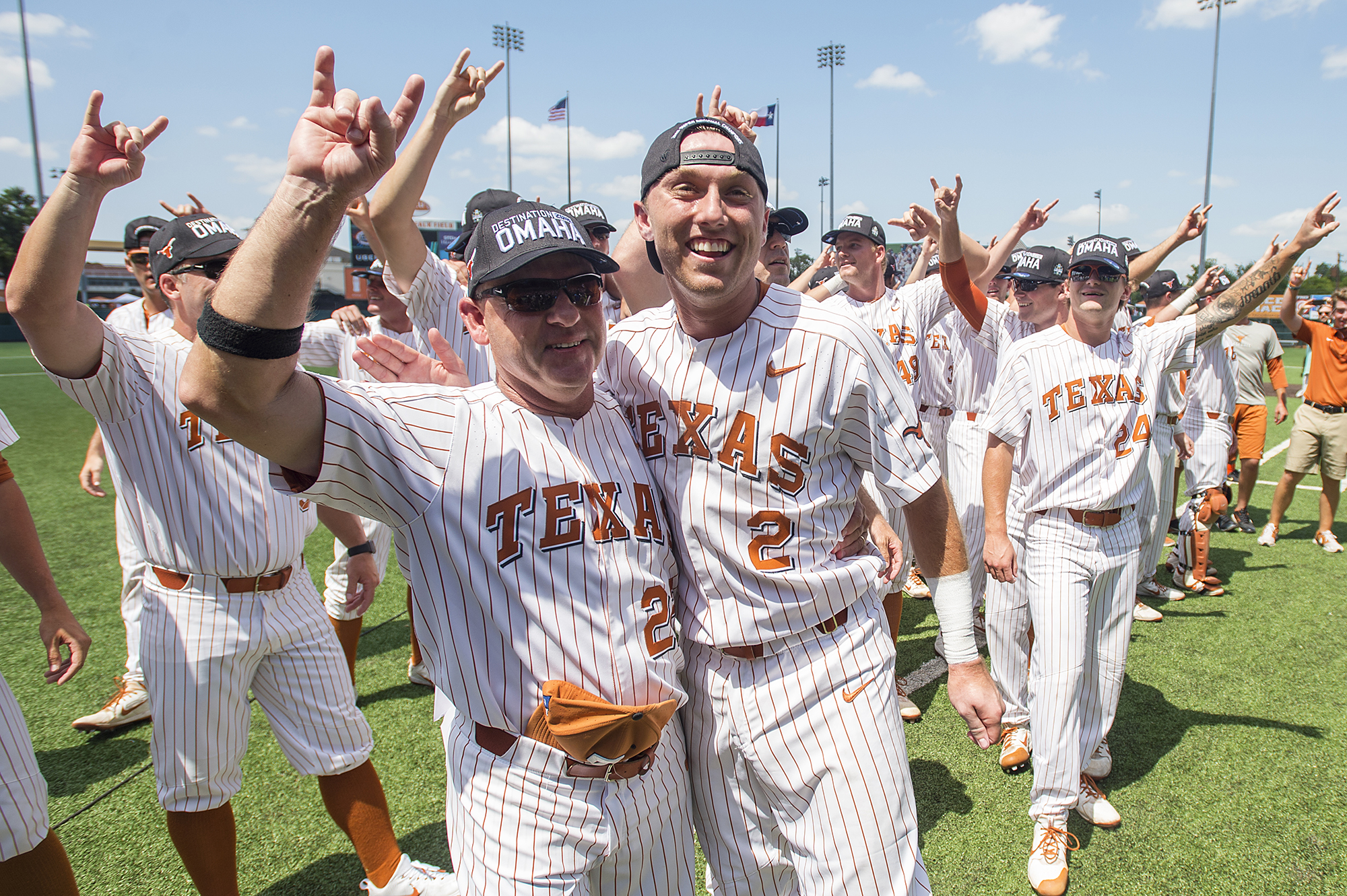 When the Longhorns rode into Greenville, North Carolina for their 2022 Super Regional matchup against East Carolina, head coach David Pierce’s club faced a hostile environment — as well as one of the hottest teams in all of NCAA Division I.

The Pirates, who came into the Super Regional at their home ballpark having won 21 of their last 22 contests, claimed the opener 13-7 in impressive fashion to push Texas to the brink of elimination. However, the Longhorns (47-20) showed unwavering willpower while evening the series with a thrilling 9-8 comeback win in Game 2 that featured a four-run rally in the bottom of the eight inning.

Sunday’s winner-take-all Game 3 was anticlimactic thanks to Golden Spikes Award frontrunner Ivan Melendez, who launched a three-run home run to give the visitors a quick 3-0 lead and suck the air out of Clark-LeClair Stadium. The Longhorns stretched that advantage to 4-0, and not even an extremely lengthy weather delay could derail Texas’ gravy train, which is now once again bound for Omaha.

Texas is set to make its 38th all-time appearance at the College World Series — the most in NCAA history — when the event begins on Friday, June 17. The Longhorns drew Notre Dame in their opener, which is set for 6 p.m. at Charles Schwab Field.

Pierce’s squad features a loaded lineup that is highlighted by Melendez, who leads the nation in home runs (32), RBIs (94) and slugging percentage (.887). The redshirt junior from El Paso has been crushing the ball all season long, and he anchors Texas’ lineup from the No. 3 spot in the order while batting a team-best .396.

As a team, the Longhorns have seven players on their roster who have hit 10 or more homers this season — Melendez, Stehley, Messinger, Hodo III, Trey Faltine, Silas Ardoin and Dylan Campbell.

Texas’ pitching staff is anchored by sophomore southpaw Pete Hansen, who is 11-2 with a 3.40 ERA and 115 strikeouts. Sophomore left-hander Lucas Gordon has also been sensational, as he sports a record of 7-1 with a minuscule 2.68 ERA and 76 punchouts. Gordon’s stellar season has helped the Horns overcome the loss of hurler Tanner Witt to a season-ending injury in March.

Senior right-hander Tristan Stevens has had a bit of a topsy-turvy year, but he was lights-out during the CWS-clinching win over East Carolina in Game 3, going six innings while limiting a powerful Pirates lineup to a single run on five hits.

In the bullpen, sophomore right-hander Aaron Nixon leads the team in saves with five.

Texas’ quest for its seventh baseball national championship — and first in 17 years — was dealt an emotional setback when the Longhorns suffered an 8-1 loss to Oklahoma in the Big 12 Tournament title game, but Texas swept the Austin regional with a collective score of 26-6 during two wins over Air Force and one victory against Louisiana Tech.

After withstanding the hottest team in the nation on the East Coast, Pierce and his team are now aiming to put the Forty Acres back at the forefront of college baseball.