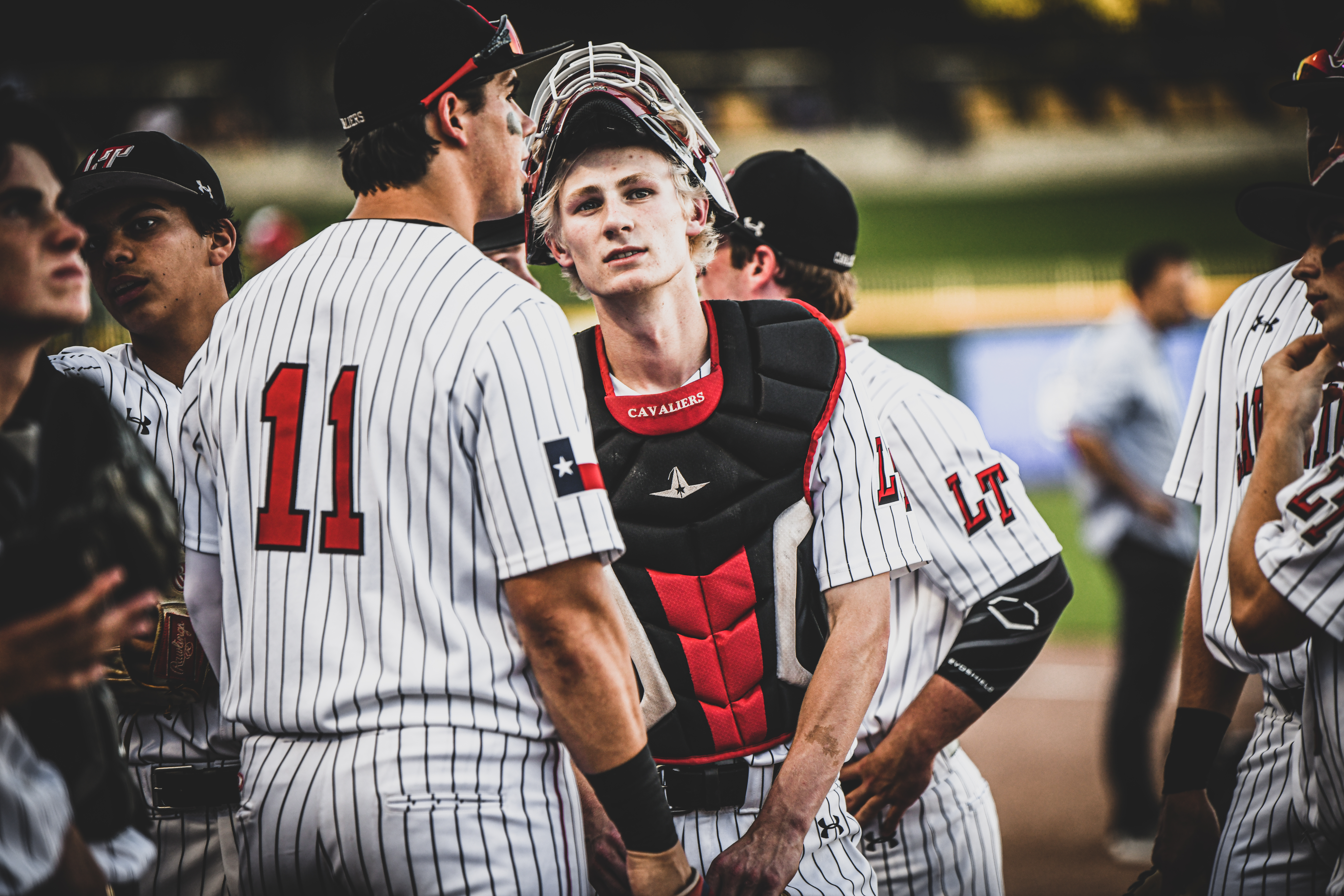 ROUND ROCK — Lake Travis had made it through the bulk of the playoffs mostly unaffected by an injury that had previously sidelined ace pitcher Jimmy Lewis.

Then they ran into the Southlake Carroll Dragons.

The Cavaliers’ Brett Baty, who had filled in for Lewis brilliantly along the way, kept Lake Travis right with the Dragons every step of the way, as he left the game in the top of the sixth with the score tied at 2-2.

However, Carroll — the eventual Class 6A state champion — struck for four runs in the top of the seventh against reliever Storm Hierholzer to seize a 6-2 victory and eliminate the Cavaliers in the semifinal round at Dell Diamond.

Lake Travis (37-5) tied the game at 1-1 in the bottom of the first when Braden Olson drew a bases-loaded walk to bring in Jack Lopez from first. From there, Baty and his counterpart — Dragons starter Cutter Sippel — began to settle into a groove.

The Cavs managed to take their first lead in the bottom of the fourth when Lopez lined an RBI single to center field to plate Dawson French. Unfortunately, Carroll used a late outburst to once again vault ahead of Lake Travis, and reliever Luke Gornell tossed 3 1/3 innings of shutout baseball to preserve the Dragons’ place in the state finals.

Still, it was an unforgettable season for the Cavaliers, who won the outright District 25-5A title before rattling off consecutive playoff series wins against Smithson Valley, San Antonio Brandeis, San Antonio Johnson, Laredo United South and Laredo Alexander.

With the exception of the Johnson series, all of those resulted in a two-game sweep for Lake Travis. Against the pesky Jaguars, the Cavaliers had to battle back from a 2-0 loss in the opener of a regional quarterfinal best-of-three matchup.

Head coach Mike Rogers’ team did just that, as it defeated Johnson 12-6 in Game 2 before closing things out with a narrow 1-0 win on May 18. In that contest, Baty tossed a complete game two-hitter and struck out 13 batters.

It was only the beginning of a truly special spring for Baty, who was later selected by the New York Mets with the 12th pick overall in the first round of the 2019 MLB Draft. The power-hitting third baseman will now have to choose between the University of Texas or a multi-million dollar signing bonus and a trip to the minors.

Good news came for Lewis on that same night, as he became the 78th overall choice of the draft by the Los Angeles Dodgers. Lewis, an LSU commit, will have his own decision to make in the near future.

Coincidentally, a former Cavalier — 2017 graduate Jared Triolo — heard his name called just six picks before Lewis when he was chosen by the Pittsburgh Pirates at spot 72.

While a few big names are set to move on to bigger and better things, Lake Travis will have plenty of talent due back for the 2020 campaign, including Lopez, Hierholzer, Olson, Kal Edmunson, Trey Triolo, Parker Guerin and Jack Jalufka.