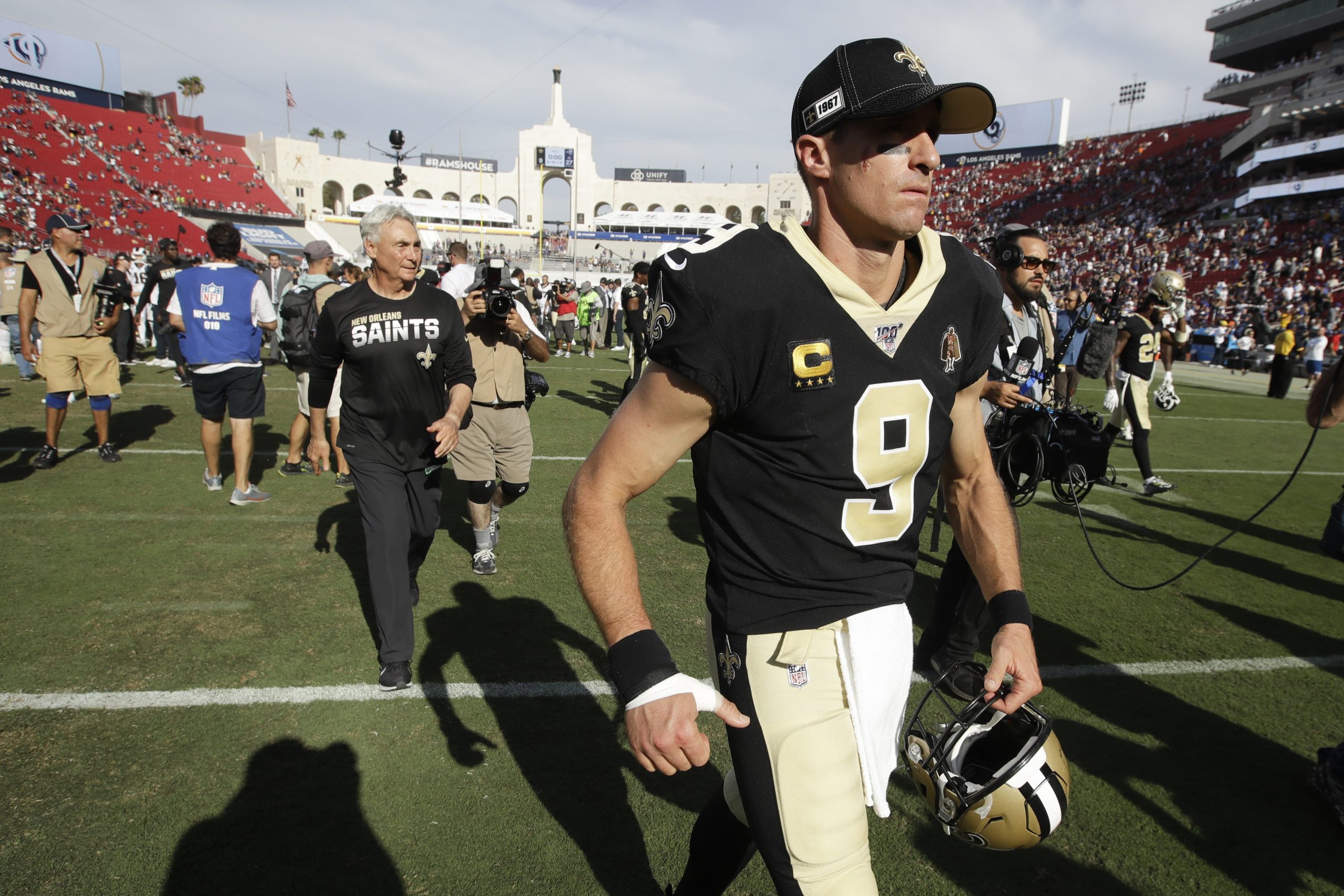 Is Brees the GOAT?

Is Brees the GOAT?

At this point, betting against Drew Brees is just plain dumb.

And yet, somehow, it still continues to happen.

The legendary former Westlake quarterback added another page to his Hall of Fame resume on Monday night when he passed Peyton Manning to become the NFL’s all-time leader in passing touchdowns with his 540th. The record-breaking score came on a 5-yard play action toss to tight end Josh Hill during the Saints’ 34-7 destruction of the Indianapolis Colts — one of Manning’s old teams.

And what did Brees do for an encore? He tossed another TD on his next throw, which went for 28 yards to Taysom Hill.

Brees finished the game with yet another league record in his back pocket, as he set a single-game mark for completion percentage after going 29 for 30 for 307 yards to connect on a ridiculous 96.7% of his pass attempts.

However, it wasn’t a foregone conclusion that Brees would add another few records to his total after he sustained a torn ligament in his right thumb earlier this season. Given that Brees is already 40 years old, some wondered whether he’d be able to make it back to his old self.

But New Orleans kept churning out wins under Teddy Bridgewater, which allowed Brees to be patient with his injury and ensure that he took the proper time to heal from successful surgery. He made his return on Oct. 27 against Arizona and quickly reminded all the doubters why he’s one of the best to ever chuck a pigskin by throwing for 373 yards and three TDs during a 31-9 rout of the Cardinals.

Since then, he’s continued his assault on the record books alongside wide receiver Michael Thomas, who has become perhaps the best wideout in the NFL. As the playoffs approach, though, Brees likely has only one more goal in mind — bringing a second Lombardi trophy back to New Orleans. Now that he’s back to 100%, it would be a huge mistake to overlook the Saints in any round of the postseason.