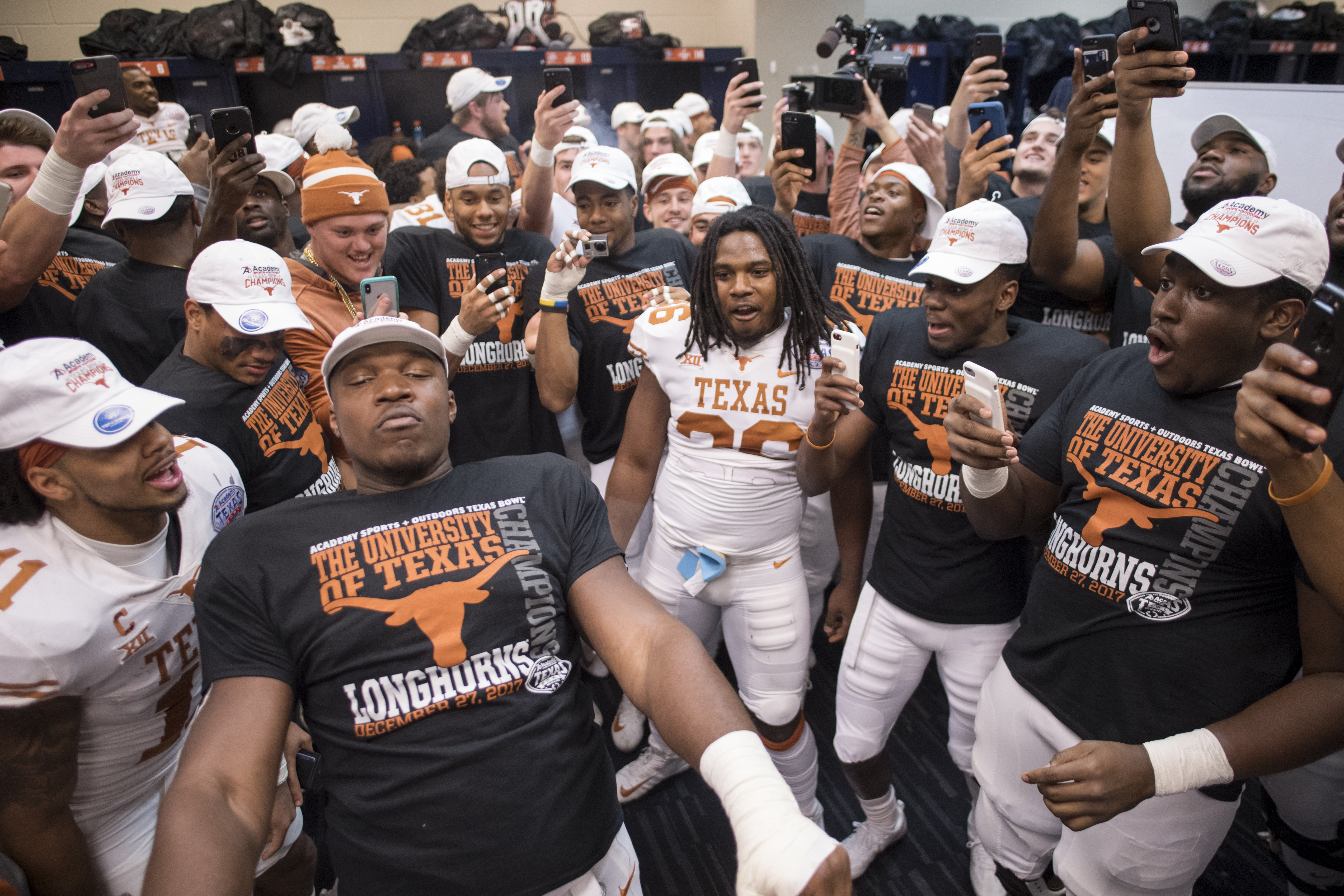 2017’s 7-6 season was good for Tom Herman’s first season with the Texas Longhorns, but that’s certainly not the expectation moving forward.

Fortunately for Herman and Longhorn fans all over, should their quarterback play solidify, this could be an excellent season for a variety of factors.

On the defensive side of the ball, Texas lost a metric ton of stellar players to the NFL. They also return two of the most important pieces in a Big 12 defense: both defensive ends. Breckyn Hager and Charles Omenihu can get after the quarterback, which in the pass-happy Big 12 can pay massive dividends. That fearsome defensive front will have to carry a lot of water early in the season, as the defensive backfield is likely to be full of younger players who will need to get used to the speed of college football. Todd Orlando will earn every cent of his 1.7 million dollar salary getting his youthful secondary up to snuff.

Of course, while the defense might take a slight step back due to attrition, the offense has a chance to make a leap forward. Shane Buechele and Sam Ehlinger both return, as do a slew of talented skill position players. The offensive line is harder to predict, but with an influx of talent in graduate transfer Calvin Anderson and a new offensive line coach in Herb Hand, there’s a chance at improvement. All in all, just a little bit of progress might be all the Longhorns need to take a solid season.

The real reason for optimism comes from the rest of the conference: it’s likely to be a down year in the rest of the Big 12. Gone are names like Baker Mayfield, Mason Rudolph, and James Washington, who have terrorized the Longhorns in the past. Essentially, most teams in the Big 12 are rebuilding, and that leaves a bigger space for Texas to strike. If Herman and his boys can strike while the iron is hot, the Longhorns could be looking at a successful season by default due to the relative weakness of their conference slate.