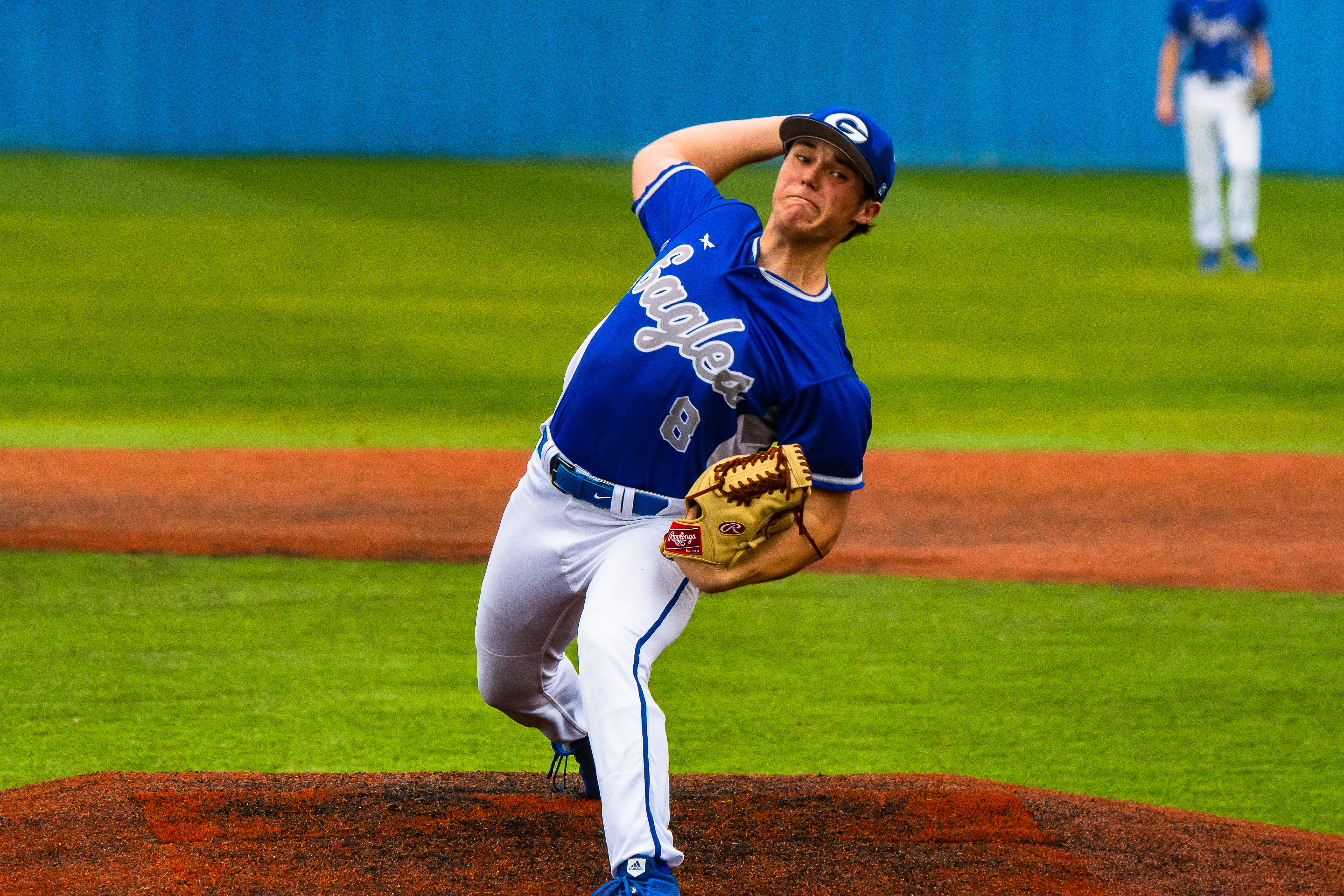 “Our main goal right now is really trying to build our team chemistry,” Georgetown High School’s head baseball coach Adam Foster said in early February, “and really focusing on energy and the process of trying to avoid getting wrapped up in being ranked fourth in the state” (as noted in txhighschoolbaseball.com’s preseason poll).

Nonetheless, he added that the program’s 2018 success garnered this ranking, when the Eagles went 32-11-1 overall (14-0 in District 18-5A) and made it to the fourth round of the playoffs, losing in the regional semi-finals. Nine players from that team graduated, but only six started. And building talented baseball players is a tradition at Georgetown High School: In the last 20 or so years, the program has developed several Division I and professional ballplayers, including Brewers closer Corey Knebel who played at UT.

In 2019, Georgetown has all the ingredients to brew up another fantastic season ‒ a lot of returning starters, experience, a lineup that has seen a lot of quality at-bats against some of the state’s best pitching, and a complete array of arms that comprise what coach Foster said is “probably the best pitching staff, top to bottom, in the state of Texas. No real superstars, but everybody’s got a role, and they’re really good at their role.” He said this year’s team still has to go out and prove their preseason ranking.

Coach Foster expects senior shortstop Cole Posey, who will play next year at Boise State, to be in the middle of the team’s lineup and have a “huge contribution.” A three-year starter at Georgetown, Posey last season hit .234. Senior catcher Wyatt Childress will be at the top of the lineup and should lead the team’s running game ‒ last year he had 30 stolen bases and two triples in 37 games while hitting .261. “He can really run,” coach Foster said. Of all returning players, senior third baseman Jeffrey David, expected to hit in the middle of the order, had the highest batting average at .322; he has committed to play next year at Texas A&M.

Coach Foster said if the Eagles’ offense can match its pitching, “it’s going to be a very special year.” Georgetown has a truly complete pitching staff returning for 2019, equipped with senior right-handed starters Grant Wood and Jack Brinley, both of whom throw in the upper 80s and have solid breaking balls, and also a stacked bullpen of guys capable of coming in at any time to get batters out. Wood, who will pitch next year at Blinn Junior College, went 6-2 last spring with a 2.38 ERA in 10 starts and 13 games pitched. Brinley was 5-1 with a 1.35 ERA in six starts. The bullpen consists of seniors Reese Grimes (18 games pitched, three saves and a 1.46 ERA), Brooks Hancock, lefties Jared Pierce and Noah Thompson (3-0, 3.15 ERA), Ryan Courtney and Jackson Sioson (2-1, 11 games pitched, 2.33 ERA), who is the team’s closer and lead the 2018 team with five saves.

After beginning the season with a series of scrimmages and competitive tournament games, Georgetown starts district play in mid-March. “Every year, at this time, everyone’s expectation is winning the last game of the season,” coach Foster said. “It’s completely obtainable and very possible right now. … This happens to be one of the best teams we’ve ever had. If we can get them to play for each other, I think the sky’s the limit with this bunch.”

NOTE: “I think the Georgetown and Williamson County area has some of the best ball players in all of Central Texas if you look at the teams making the state playoff’s right now ” Coach Foster told Texas Sports Monthly April 23rd 2019. Georgetown will face an old district rival in Rouse Raiders this Thursday at Leander Rouse. The Raiders are well coached by Chad Krempin and currently the 2019 District Champs at 19-8 and (12-0) district play.

The Eagles of Georgetown 28-2 (12-0) district will face the Raiders of Rouse this Thursday at 7pm for the first round of area High School playoffs!