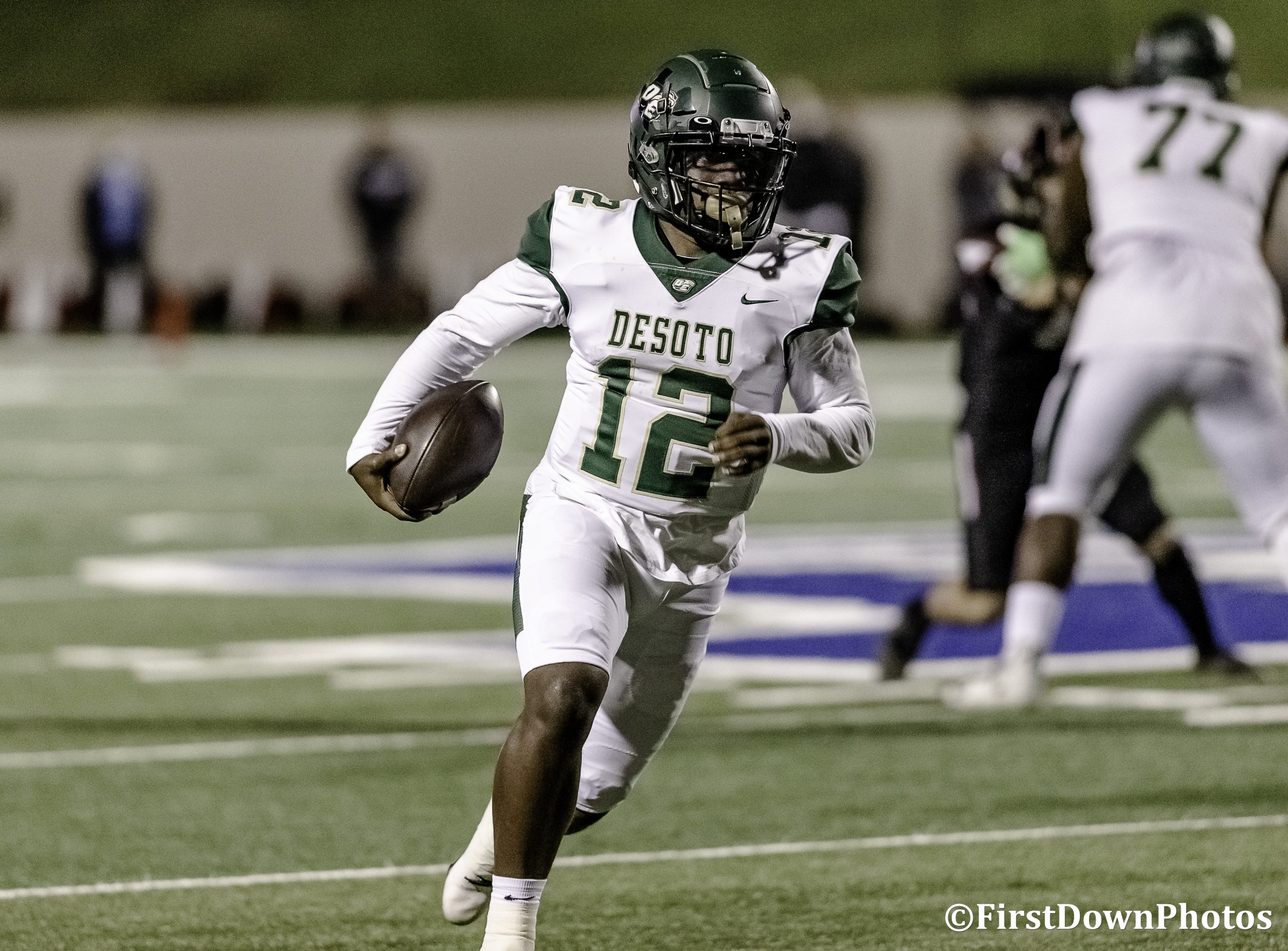 WACO — Killeen Harker Heights made a first-round exit on Thursday, Nov. 11 following a 65-28 loss to state power DeSoto in a Class 6A Division I playoff matchup at Waco ISD Stadium.

The Eagles (10-2) soared to a commanding lead in the first half, striking for 21 points in the opening quarter and another 24 in the second to head into halftime up 45-14 against the Knights (9-2). Harker Heights tacked on two more touchdowns in the final stanza, but DeSoto’s offense countered with 20 points to secure the rout.

The Eagles rolled up 603 yards in the game and were led by quarterback Matthew Allen, who was 19 of 27 passing for 209 yards and four TDs. Allen added 81 rushing yards, and teammate Christopher Henley Jr. led the ground game with 95 yards and a pair of scores on 23 carries.

The Knights were led by junior running back Re’Shaun Sanford, who ran for 151 yards and a score on 21 carries. Sophomore QB Dylan Plake was 14 of 28 passing for 124 yards and three TDs, and his top target on the night was senior Marcus Maple, who made eight receptions for 63 yards and a score.

The Eagles advanced to the area round, where they defeated Rockwall 49-28. DeSoto moves on to face Houston Westfield in the regional round of the 6A DI postseason.