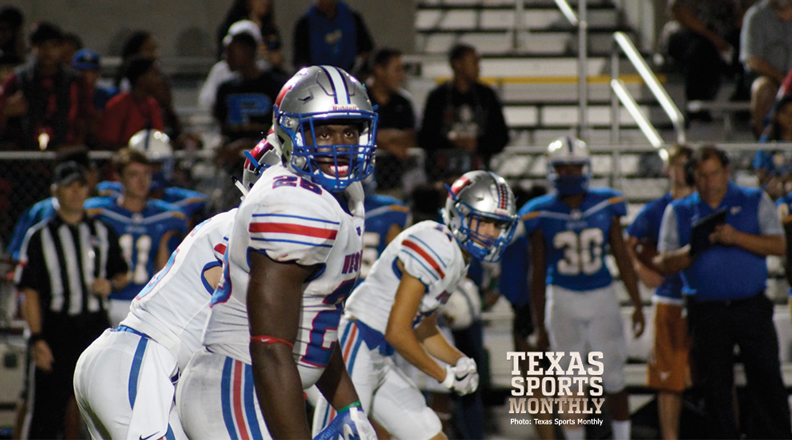 It’s been a long time since Austin Westlake beat Lake Travis, and this is the year that they can unseat the massive demon in black and red.

Lake Travis is looking somewhat vulnerable after dropping a game to Converse Judson and having their defense exposed a little bit. No one has scored less than 31 on the Cavaliers, and with the emergence of Taylor Anderson at quarterback, the Westlake offense is as strong as it has ever been, especially with massive senior running back Nakia Watson.

Lake Travis still has the athletes to defend well, but they haven’t been anywhere near as dominant as they were the last two years. The Cavaliers still have plenty of time to get it together, but make no mistake, last year’s defense isn’t walking through that door.

The X-Factor in this game, and for the season for Lake Travis, is tight end Kyle Wakefield. The massive senior is capable of completely dominating a game, but if he can be corralled, it’s a huge part of the dominating Lake Travis offense that’s been taken away.

The biggest element that could tip the scales in Lake Travis’s favor is Garrett Wilson. The junior can do absolutely everything for the Cavaliers, and will assuredly make some very significant plays in the big game.

However, Westlake’s defensive line might be the strongest part of the team, and one of the best kept secrets in Texas high school football. Led by Braden Cassity, the line is definitely capable of doing some damage to the Lake Travis offense if they can’t hold down their defensive front.

In short, it’s definitely possible, but there will be some things that need to break Westlake’s way for it to fully come to fruition. Westlake has the Cavaliers at home this year, which will factor in, but if they can lean on their run game and pressure Lake Travis quarterback Matthew Baldwin, they’ll definitely have a solid chance.