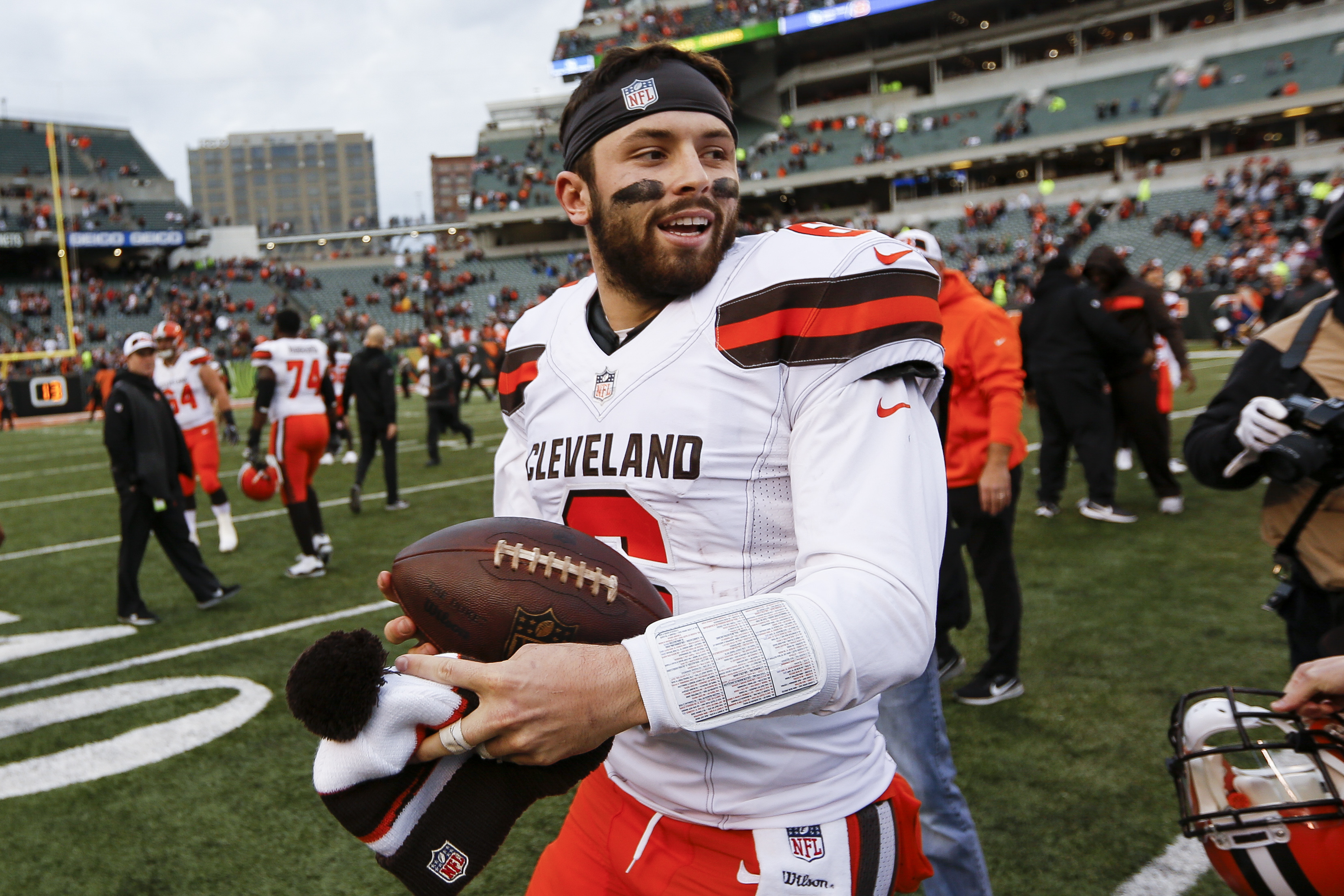 Lebron James gave Cleveland their first championship after decades of disappointment, but he moved on to the beautiful state of California. The nostalgia of Jim Brown and Bernie Kosar flowed through the Land giving the fans a ray of hope for the future. A hard working town deserves a sports franchise that will excite them from September to all the way to the beginning of February.

On the day of the 26th in April 2018 the Browns under new management, John Dorsey, took a shot on Oklahoma’s Heisman trophy winner and Austin’s own Baker Mayfield with the first pick of the NFL Draft. Scouts were concerned about his brash and cocky attitude. USC’s Sam Darnold was the popular pick and many analysts questioned the move. Why make the move on a kid who was cocky but most of all wasn’t your most physically intriguing prospect? Many compared him to Russell Wilson, but Drew Brees took it upon himself to say he can be a better player eventually than #9 in New Orleans. High praise for a Super Bowl winning quarterback.

The Browns were coming off a winless season but made impressive moves in the offseason to get ready to compete in 2018. They traded for the high volume catcher Jarvis Landry, signed the efficient Tyrod Taylor, and even drafted Georgia’s Nick Chubb who played against Oklahoma in their playoff game a few months before. There was potential brewing.

His came in week three for the Browns as Taylor left the game with a concussion and never let go. Of course he faced rookie Jet’s quarterback Sam Darnold who in most cases was the clear cut favorite as the best quarterback in the class. Mayfield took control from a 14-0 hole and led them to their first win on the Thursday night primetime game. He bettered Darnold that night and gave fans a belief that carried through the season.

In the middle of the season head coach Hue Jackson and offensive coordinator Todd Haley were fired when they were derailing the progression of the young rookie since they couldn’t work together. Mayfield teamed up with his new interim head coach and his play caller and believed. Hue Jackson eventually was hired on with the Cincinnati Bengals and Mayfield voiced his opinion about Jackson’s decision to join a team they would play twice a year. He felt betrayed when the coach wanted the team to play for him but joined the team in the same state so he didn’t give Jackson the time of day. He was asked about it. “I didn’t feel like talking… It’s just somebody [who] was in our locker room, asking for us to play for him and then goes to a different team we play twice a year. Everyone can have their spin on it, but that’s how I feel.” Mayfield during the game stared at Jackson after a play and made gesture which were criticized in the media when it wasn’t Jackson’s decision to leave but was forced out of Cleveland. The Browns were able to win twice against the Bengals this season.

In week seventeen the Browns played their final game against the Ravens who were fighting their way into the playoffs as Pittsburgh was watching closely wishing for them to lose so they could sneak in. The game was close to the end Mayfield threw three interceptions and was on the cusp of their first winning season since 2007 before throwing it to a Ravens’ defender. They finished the season 7-8-1.

Mayfield celebrated the best rookie quarterback season throwing 3,725 yards with 27 touchdowns beating out Peyton Manning and Russell Wilson while not playing a full sixteen game schedule. He would have the highest passer rating (93.7) among the top rookie quarterbacks who struggled to even hit 80. Dorsey was the last one laughing.

Lebron left Cleveland in the summer while Mayfield slowly materialized as their new savior in a span of six months. It wasn’t the prettiest of seasons but hope as always was born for Browns fans in Cleveland. A tough kid out of Lake Travis who has had to fight and earn his spot on every team he’s ever played for. Mayfield is a winner and he was able to get the Brown’s out of the losing column and now it’s time to take the next step.