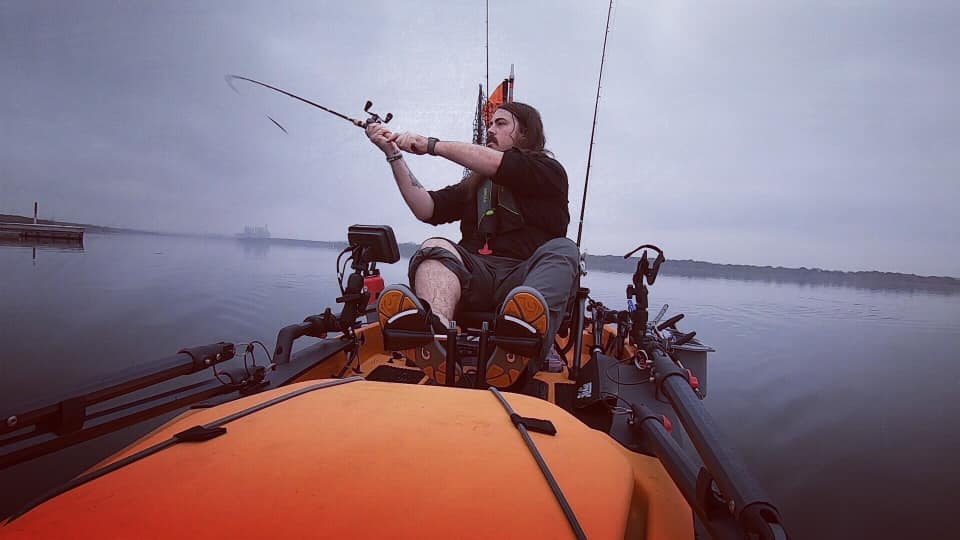 It’s 2019, and Texas based Hale Lures/Stanley Jigs has already kicked the fishing world in the face! Starting January 1st, any person that catches a bass on one of their lures that exceeds the current world record will receive $100,000.00 in cash! That’s right, a Texas based company is putting their money where their mouth is.

Texas has always been known for its big bass. Lakes in the east as well as reservoirs down by the border have produced numbers of record bass. Hale Lures and Stanley Jigs have also always been synonymous for catching big bass. Their lures have accounted for many state records and championship fish. The bounty is a free promotion running all 2019, requiring you to register online at www.fishstanley.com.
For my money, I would go to Lake Fork if I was hunting the state record bass, and that’s where you are most likely to find a bass that exceeds 22 lbs 4 oz. Is it possible to catch this world record bass in January/February though?

Ask any seasoned bass angler, and they will tell you that the winter bite can be tougher to come by. Fish are cold blooded allowing the water temperature to regulate their body temperature. When the water cools down, fish go through changes that eventually lead to a reduction in the efficiency of their metabolism. Their feeding habits begin to change. The upper 40 mark is the sweet spot in the water temperature, at which the fish begin to slow down their eating habits and seek warmth.

If you know where the warmth in the body of water you are fishing is you can attempt to locate the fish a little easier. Usually congregating in the deeper parts of a lake, or up into a sheltered bay in a river, the bass know where to find the warmer water. Rocks will hold heat from the sun and earth, and offer a nice place to lay a fish belly in the cold. You can usually find large numbers of bass in these positions in colder water.

However, they won’t all be active just because they are in one place together. You need to entice the bass by offering smaller presentations, and slowing down your approach. Try to mimic what the bait would be doing in the fishery. If the water is cold for the bass, it is cold for the bait too. Slow down your movements and offer smaller presentations to match what the bass are eating on.

I recently spent some time in the Hobie Pro Angler 14 Fishing Kayak out on Lake Travis. I was surprised at the amount of action I witnessed late in the day. The water temperature was around 53 degrees. I had spotted some groups of fish on a ledge earlier at 30 feet. I offered up a black and blue jig and some soft plastics. Neither was successful in getting the lethargic bass to move.

Sunset came and we had gone up into a small finger of water that wrapped around rock and trees, 15 feet maximum depth with brush sticking out everywhere. The bass were feeding on small groups of shad in the shallows, Even making top water hits!

Top water hits in January? It happened. Just shows you that you need to be prepared to adjust to the day if you want to bring out that big bite in the winter. Watch the water too. The bass in Travis seemed to be bedding early, splashing and feeding in the shallows off of the points we could see in the distance. We decided to head over chasing the bite. Later we could see them feeding on the tiny shad in the shallows. Keep an eye out and the fish will tell you where they are and what they want. If you’re going for the $100,000.00 prize, keep that in mind on the water this winter.