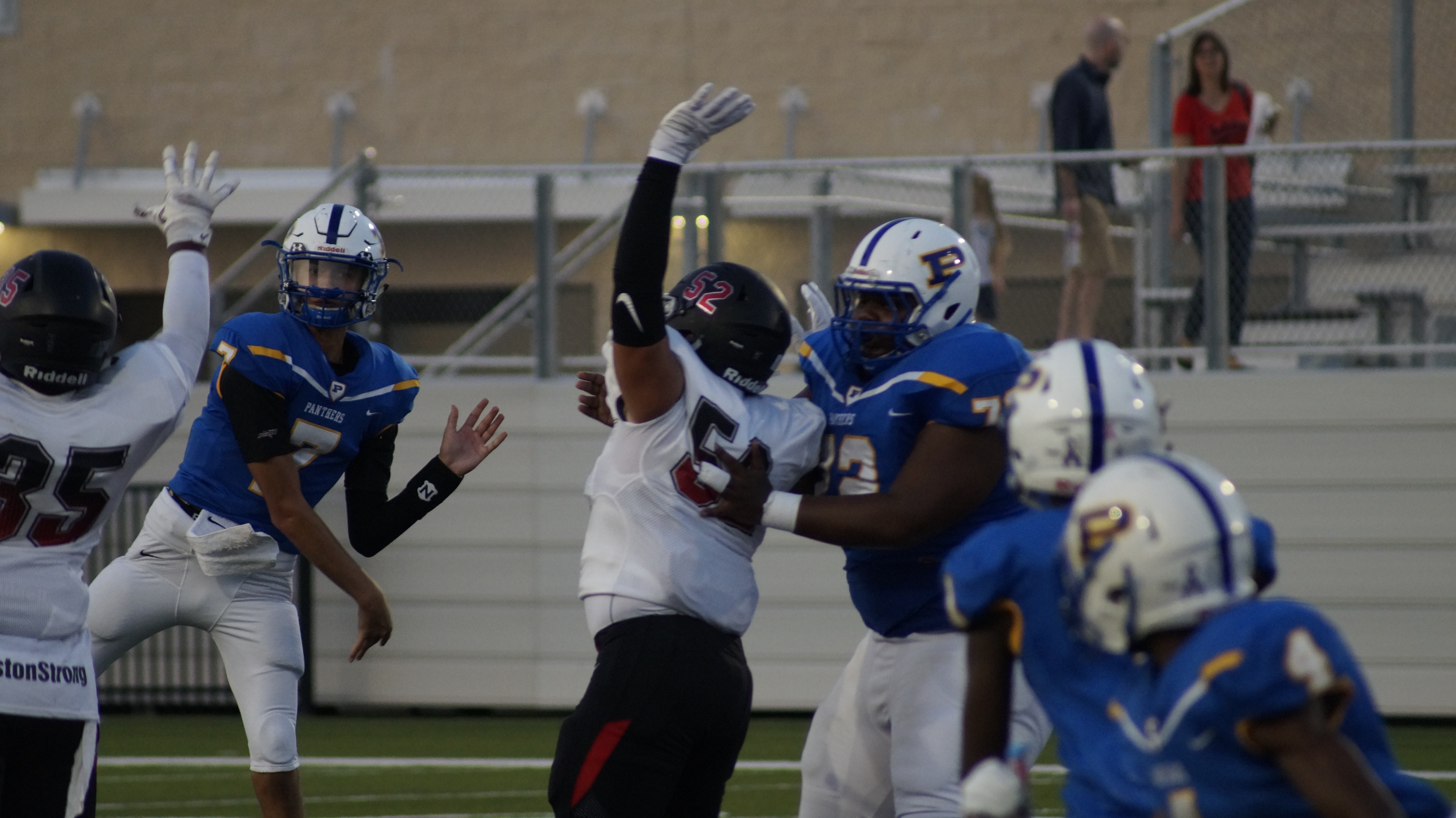 Bowie over Pflugerville at the Pfield

Bowie over Pflugerville at the Pfield

The Pflugerville Panthers and the Bowie Bulldogs took it to the grid iron Friday night as the Bulldogs won handily 45-13 at Pfield. In a combined effort Trinidad Sanders accounted for four touchdowns; three through the air and one on the ground for Bowie. Bowie’s running back Kyle Carter contributed two long rushing touchdowns.

The game started off on a slow start as both teams went three and out on the game’s first three series. Once Bowie settled into their offense Sanders found Jackson Lord for the first score of the game. Their defense forced another punt for the Panthers and started again with great field position. Sanders continued where he left with another forty yarder to Jayden York and used his legs to extend the Bowie Bulldogs to a 21-0 lead in the second quarter.

The Panthers finally past the fifty in the second quarter with the help of senior running back Ik Evbayiro and freshman running back Elijah Oakmon. Oakmon helped the Panthers with a 43 yard reception right before he went into the endzone falling on the one yard line. He would then make up for it getting in the endzone to score their first points of the game.

Sanders would then lead the offense swiftly into Panthers territory running for thirty three yards. He shared the wealth handing it off to Kyle Carter on the eleven yard line to improve their lead 28-7.

Panthers attempted to make an effort to keep up but Bowie’s Terrance Durst intercepted the ball at the forty one yard line. Again Sanders easily led the Bulldogs to a 35-7 lead right before halftime.

The third quarter was underway as Bowie continued their control of the game. Jackson Lord took a thirty one yard reception and Kyle Carter used his legs to run through the Panther’s defense to score his second rushing touchdown of the game.

The Panther’s defense wasn’t prepared for the high powered Bulldog’s offense giving up multiple big plays throughout the game. The game slowed down and by the end of the third quarter Bowie rewarded their starters by keeping them out the rest of the game once the fourth quarter began.