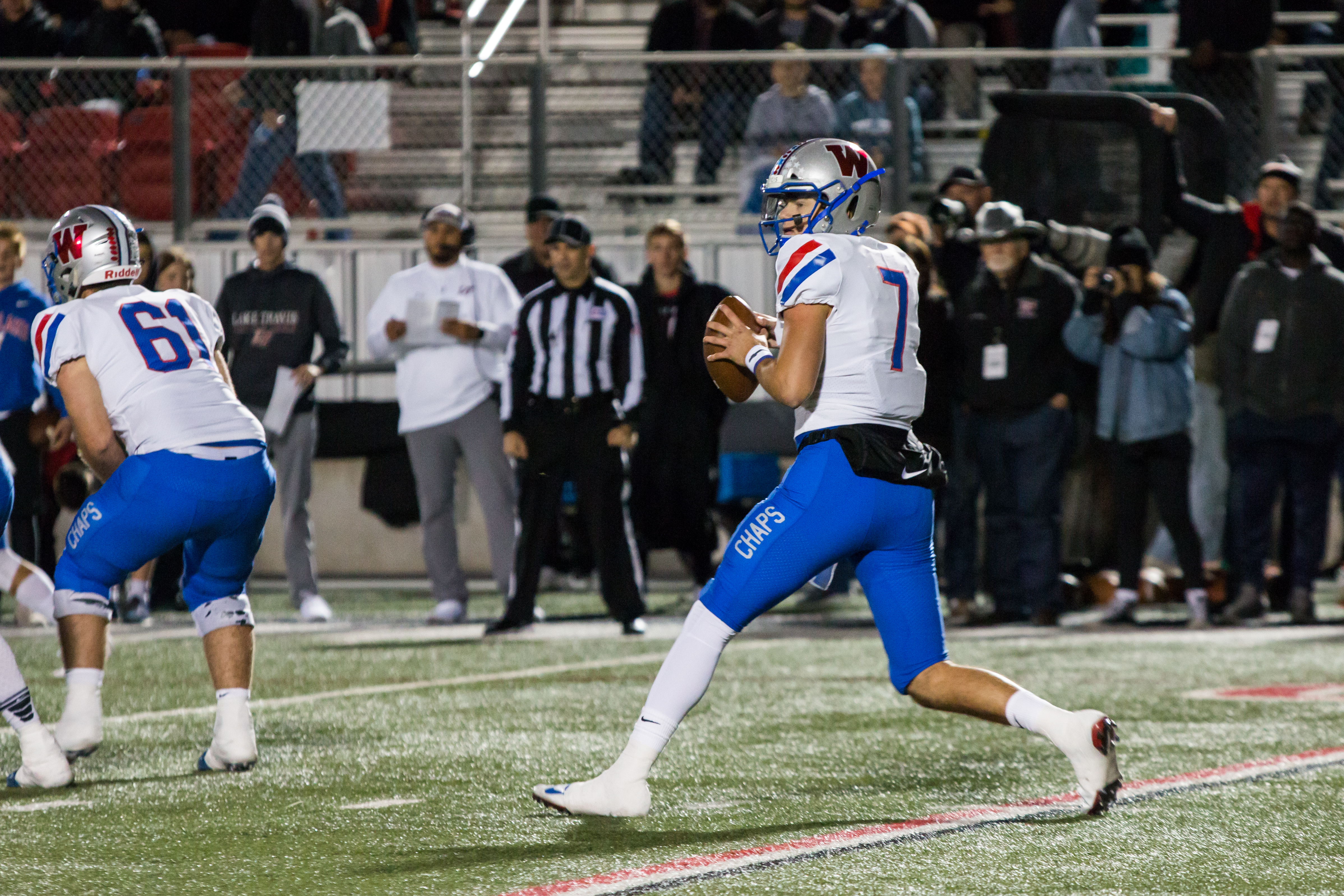 Westlake has taken an impressive leap this 2019 season, when they score at least 30 points they are undefeated. Lake Travis is there lone loss during the season when they barely lost 26-25.

The Chaps are rolling this season otherwise. Kirkland Micheaux leading behind center has taken his team to dominant wins over Lehman, Del Valle, Akins, and Austin High. Standing at an impressive 6’5 the senior has played smart football throwing less than 5 interceptions so far in the middle of the season and has 14 touchdowns under his belt. A 73% completion rate at a little over 13 yards per completion it’s amazing to think that for every pass he gains a first down on every drive.

There are three receivers that have over 350 yards this season all averaging over 13 yards per catch. When you pass to Lindley, Greathouse, and Mangum you will get a first down. It’s nice to think that you have three receivers you can rely on to assist in moving the ball down the field against opposing defenses in the Central Texas area. They will be relied on heavily as the season goes along.  Micheaux last season had a taste of playoff football before losing to the West Brook Bruins in the Semifinals. A game away from state, he has experienced the playoff atmosphere and is more than ready to lead them deeper in the playoffs this season. A state championship is ready for the taking, can they take that next step?

Micheaux carries his leadership from last season giving Westlake another hope of the prized State Championship in 2019. Coach Dodge has kept his program at an elite level for years reloading with players across the board. With just a few weeks before playoff time Kirkland Micheaux can’t lay off the intensity and therefore must give his team hope into the playoffs. Texas football takes it to another level when the playoffs start. Teams are either pretenders or contenders. This Chaps team along with their quarterback will contend come playoff time.