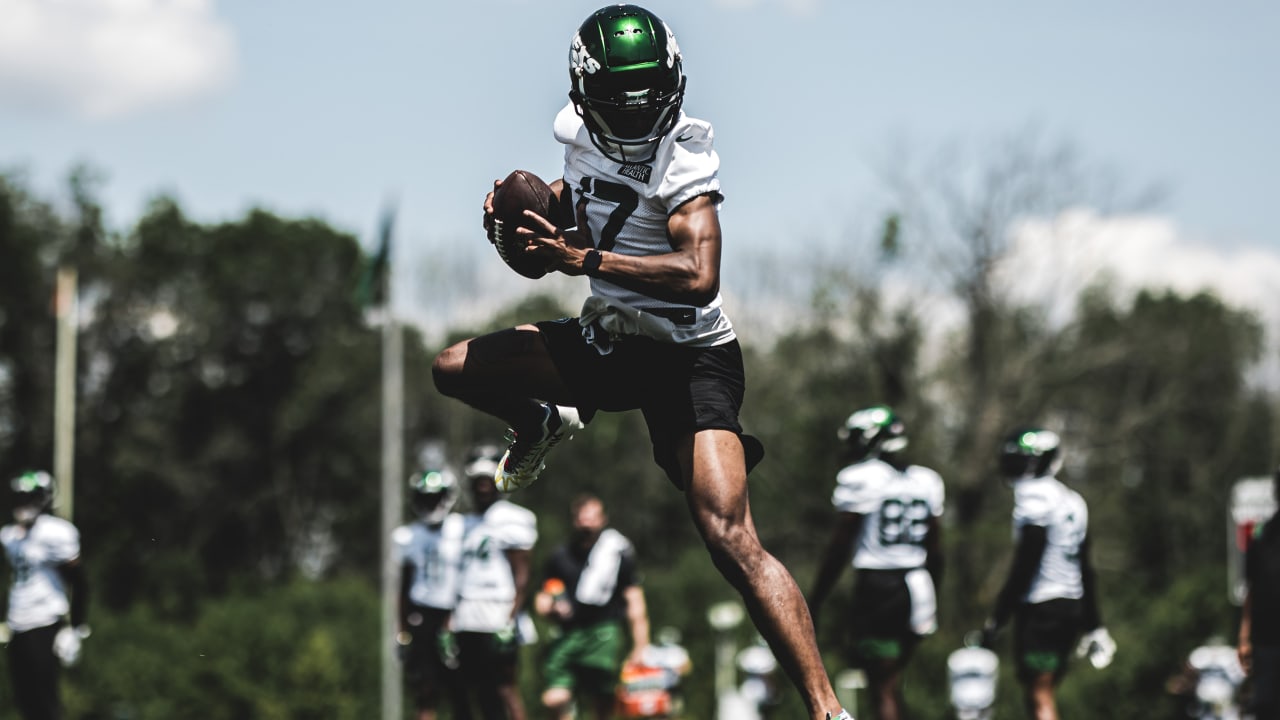 NEW YORK – Every where Garrett Wilson has played at, he has been a winner. At Austin Lake
Travis, he won a 6A-I state title in 2016 and lost in the finals in 2017 and semis in 2018, both to
teams who would go on and win the title. He had a lot of success at Ohio State where the wins
were plenty even though they did not win an SEC Invitational, I mean CFP, title. The great news
for Wilson is that he will be in the NFL in 2022. The bad news is the team he is playing for
hasn’t made the playoffs since Wilson was in grade school.

On draft night many thought he would end up in Green Bay, always a threat to play in February,
or Atlanta, a team that has had a mix of successful and unsuccessful season. Instead he ended
up with the New York Jets. The Jets haven’t made the tournament since 2011 and is a
franchise known for many failures whose only success was Joe Namath’s guarantee in 1969.

Not only is his challenge playing a team that lost more games in 2021 than Wilson lost in all his
years at Lake Travis and Ohio State combined, he also has the challenge of the New York
media. The NY media is well known for crucifying teams and athletes. The Jets, Mets, Knicks,
and Rangers have won next to nothing and are used to having awful seasons which the media
and fans love to tee off on. Not only will Wilson have to deal with playing on a losing team for
the 1st time in his career but also the headlines that the media will write.

Having gotten to know his dad Kenneth, Garrett is well trained and ready for what might come at
him in the papers and on the field in the AFC East. Buffalo has had a great last few years after
18 years of poor play. New England is no longer the dynasty they were but are still almost
always in the playoffs. Miami has been 1 win short each of the last 2 years of getting into the
tournament. The wild cards will mostly come from the AFC West and perhaps the east though
New York right now is just trying to find wins under coach Robert Saleh and 2nd year
quarterback Zach Wilson.

Could Garrett Wilson be the savior that gets the Jets out of a 10-year dark hole? If he is, he
might be working a miracle even Mother Theresa couldn’t do.